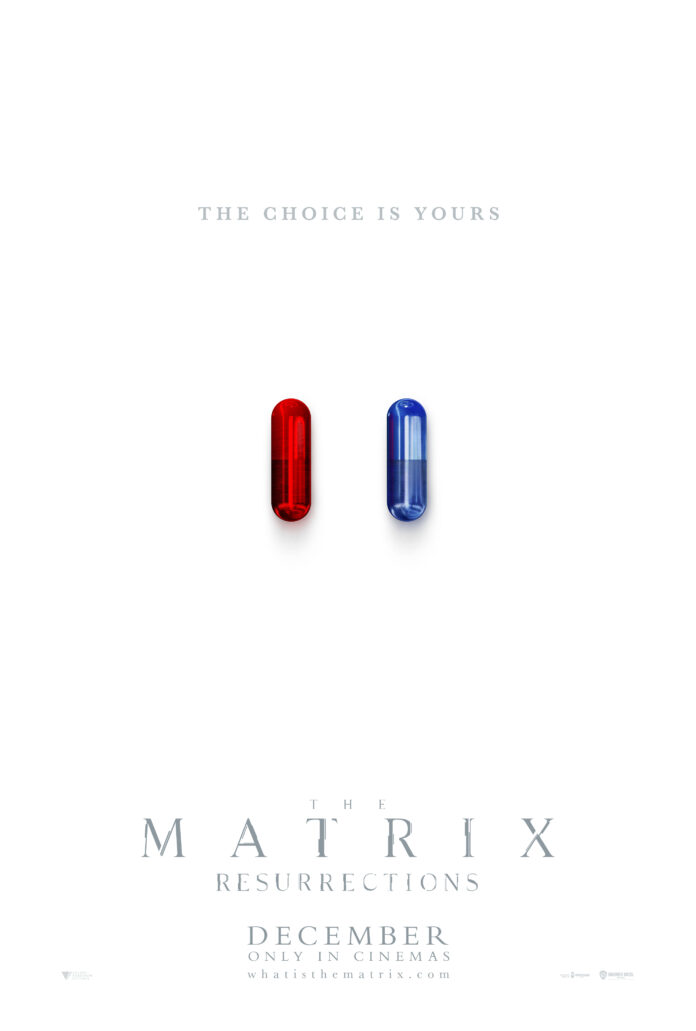 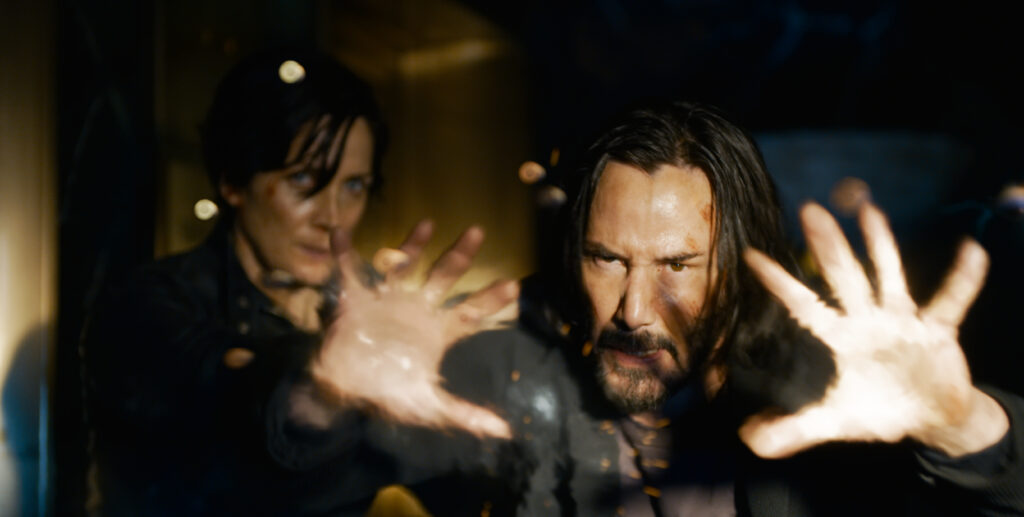 The clip begins with Neil Patrick Harris as a therapist talking to Keanu Reeves’ Neo in a near-future San Francisco with Neo seemingly trapped in a regular life. It appears that Neo is trapped in a humdrum world, much like his first self in the 1999 movie. He’s just not getting his surroundings.

“Am I crazy?” asks Reeves’ Neo. “We don’t use that word in here,” says Harris’ therapist.

Reeves comes in contact with Carrie Anne Moss’ Trinity in a cafe: “Have we met?” she asks Neo. A shot of blue pills spilling into a sink, as Jefferson Airplane’s “White Rabbit” song plays. Then a shot of Neo distorting into an old man in the mirror. A younger Morpheus tells Neo “time to fly,” handing him a red pill. Expectation is high with Lana Wachowski who directs needing a hit after a string of flop films nine of which having come close to repeating the success of The Matrix films