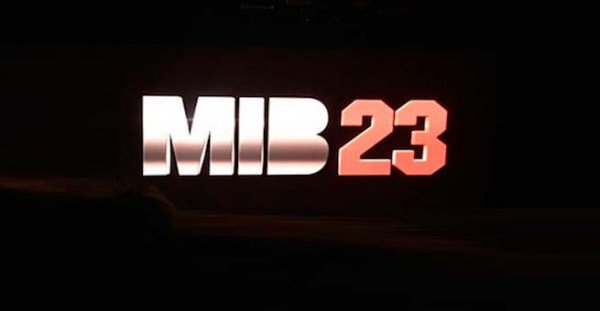 Genre mash ups over the years have become something of a sub genre with ‘Pride & Prejudice & Zombies’ being the most recent.

So after the North Korean hack of Sony pictures debacle now behind them the studio is progressing with mashing up two of their popular franchises namely ‘Men in Black’ and ‘21 Jump Street’ though it seems that the final film will be without Will Smith & Tommy Lee Jones it’s likely that Jonah Hill & Channing Tatum will return.

James Bobin is set to direct having successfully rebooting two Muppet movies and recently completed Disney’s upcoming ‘Alice through the Looking Glass’ with Sacha Baron Cohen with whom he directed his Ali G character for TV.

So what will the mash up be called? Bizarrely it’ll be ‘MIB23’ (the next Jump street film would have been ’23 Jump Street’) and the above logo was unveiled at Comic Con.

Anyway here’s the end credits to 22 Jump Street which hints at the direction where it might possibly go….