Netflix the world’s leading internet entertainment service are vying with the major Hollywood studios for premium film output and have now teamed up with Skydance Media (Mission Impossible Fallout) and also in association with Bay Films have announced the start of principal photography in Abu Dhabi, the United Arab Emirates on November 9, 2018 on action film Michael Bay’s 6 Underground.

Michael Bay’s 6 Underground will star Ryan Reynolds, Mélanie Laurent, Corey Hawkins, Adria Arjona, Manuel Garcia-Rulfo, Ben Hardy, Lior Raz, Payman Maadi and Dave Franco, and is directed by the master of mayhem seemingly leaving his Transformer franchise alone after the less than stellar performance of The Last Knight. Its the first ever collaboration between Netflix and Skydance partner to produce an event level feature film and the first Netflix project for both Michael Bay and Ryan Reynolds. 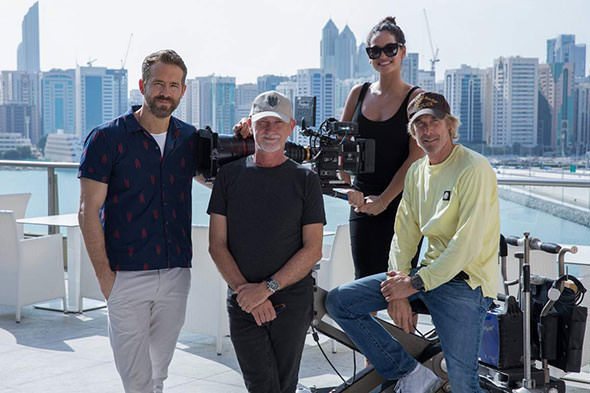 Known for fast and spectacular action director Michael Bay’s 6 Underground returns to old-school action and character-driven spectacle of his first box office hits Bad Boys and The Rock. The film is a fun, edgy thriller set against the picturesque backdrop of Italy and the spectacular vistas and natural wonders found throughout the United Arab Emirates.  From modern, state-of-the-art architecture to some of the oldest neighbourhoods, the film will capture the beauty of the country’s pristine beaches, tranquil desert landscapes and venerable historic sites.