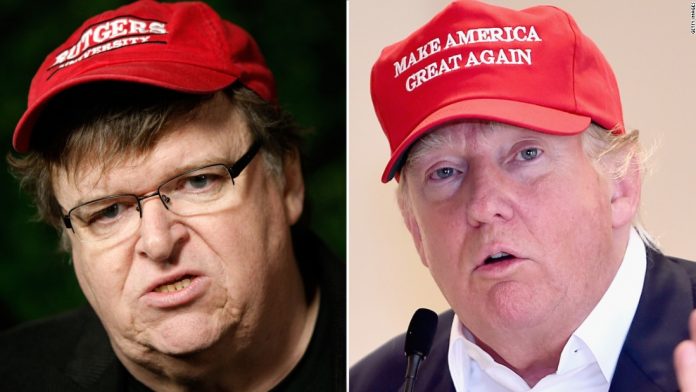 Though Michael Moore’s documentary’s are hardly unbiased they are entertaining and sometimes infuriating in equal measure depending on your politics. With his last film ‘Where to invade next’ doing moderate worldwide business his next film revisits the title of his most successful documentary, the award winning, ‘Farenheit 9/11’ which focussed on the invasion of Iraq. That film exposed the motivations behind the Iraq invasion sanctioned by then president George W. Bush and vice-president Dick Cheney and the connections between the Bush family, the Saudis and the Bin Ladens, as well as the mishandling of the ‪9/11 attacks and the way that tragedy was used for political gain. It became the highest grossing documentary in history on $222m worldwide and the highest grossing winner of the Palme d’Or in the history of Cannes.

His new documentary is to be titled ‘Fahrenheit 11/9.’ which Moore has planned for months and is currently directing and is all about the comedy comb over king himself President Donald Trump and the day he won the presidency.

“No matter what you throw at him, it hasn’t worked, Moore said of the White House incumbent. “No matter what is revealed, he remains standing. Facts, reality, brains cannot defeat him. Even when he commits a self-inflicted wound, he gets up the next morning and keeps going and tweeting.That all ends with this movie.”

Fahrenheit 11/9 looks to be incendiary as it shows the USA in crisis after a sitting president lost the popular vote and with the FBI likely to come after him after sacking their chief last week.

Moore surfed a sea of hate with his Oscar acceptance speech for Bowling for Columbine. here it is in full……