Mark Wahlberg didn’t have a great 2017 finding himself the worst value film star after a number of his films flopped. His new film, Mile 22 , could change all that. Though the film is not out for a couple of months the film makers are so confident with the Mile 22 trailer that plans are apparently under way for a sequel. That seems like tempting fate but, hey! what do we know…..

Directed by Peter Berg this is the fourth time he has worked with Mark Wahlberg having made Lone Survivor, DeepWater Horizon and the excellent Boston based Patriots Day previously.

The Mile 22 trailer is a pretty brutal affair with an elite American intelligence officer, aided by a top-secret tactical command unit, trying to smuggle a mysterious police officer with sensitive information out of the country. 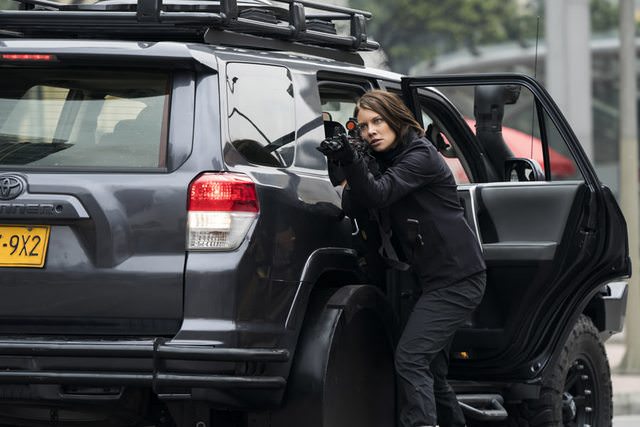 Ronda Rousey is the female MMA fighter and frankly the sort of woman who would be terrifying to be in a relationship and then break up with. Likewise Iko Uwais who starred in the phenomenal The Raid films. The fight scenes in The Raid have proved so difficult to replicate that the rumoured Hollywood remake has stalled several times although it seems that Frank Grillo may well be in training to star. And then there there’s John Malkovich…..a respected actor whose career choice of movies has been eclectic to say the least (Con Air, Zoolander 2, Jonah Hex, Penguins of Madagasar) although this will be second time that he has worked with Berg and Wahlberg having made Deepwater Horizon with them previously.