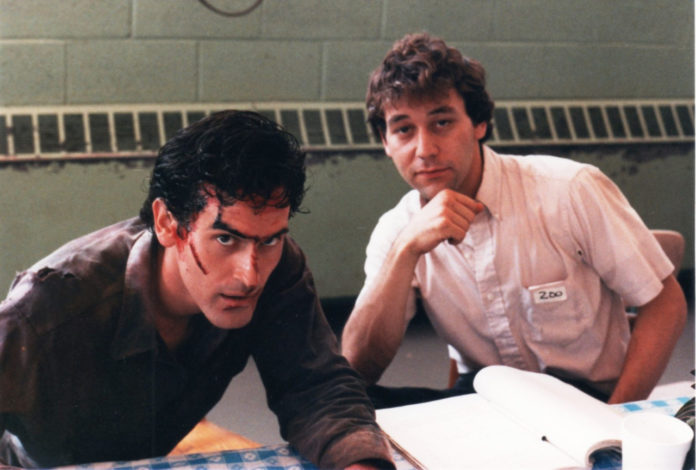 One of our favourite films last year was ‘Crawl‘ which was produced by Sam Raimi and during the promotional rounds for it he offered up a nugget about more Evil Dead films but at the time said he could not say anymore about it. The last time we had any more Evil Dead films was in 2013 with the feature film debut of Fede Alvarez which performed well at the box office making $97m off a $17m budget so a sequel seemed but after that we had three series of “Ash vs. the Evil Dead” instead.

Raimi has produced the reboot of, “The Grudge” which he himself had produced the first Hollywood versions of in 2004 and its sequel in 2006. So he is out and about doing the promotional junket  and Raimi understandably he has been asked about any developments  about the future of the franchise with more Evil Dead films.  It seems that there is something afoot and is being worked on right now and the director / producer who beyond an obvious desire to do one himself said that something is in the works right now and then went on to say……..

“Bruce, Rob [Tapert] and I are working with a young filmmaker who is writing a new ‘Evil Dead’ story that he will direct. As for me… I would love to direct a new ‘Evil Dead’ movie… but I’d really like to do it with Bruce. And he says he’s retired the character. I hope not.”

At present it is unclear whether this new film will link into the end of the 2013 film as did Raimi’s own Evil Dead 2 in 1987 to the original. If nothing else at least Raimi is keen to not end the franchise and he will be working with director Alvarez again when he produces the, ‘Don’t Breathe‘ sequel