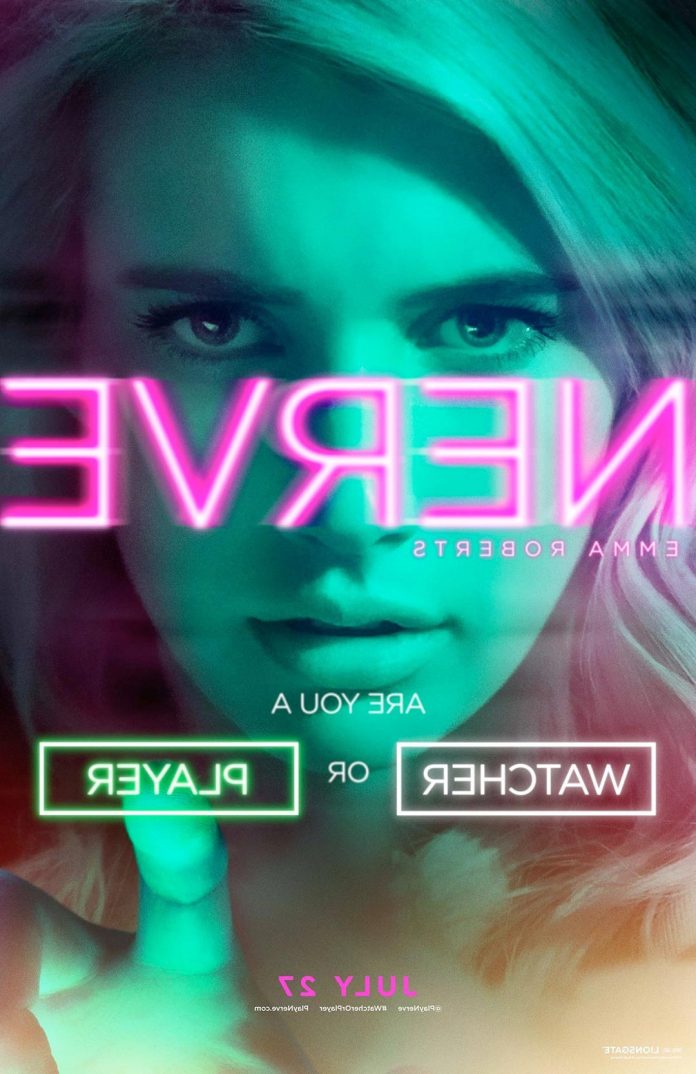 ‘Nerve’ is a word that is frequently used about the Editor. Unfortunately it’s usually in the sentence , ‘Oh the nerve of the man!!!!!!’

‘NERVE’ is also a new film starring Emma Roberts (We’re the Millers, 4.3.2.1, American Horror Story) and Dave Franco (22 Jump Street, Bad Neighbours 2, Now You See Me 2), NERVE follows industrious high school senior, Vee Delmonico (Emma Roberts), who has had it with living life on the sidelines. When pressured by friends to join the popular online game Nerve, Vee decides to sign up for just one dare in what seems like harmless fun. But as she finds herself caught up in the thrill of the adrenaline-fueled competition, the game begins to take a sinister turn with increasingly dangerous acts, leading her into a high stakes finale that will determine her entire future.