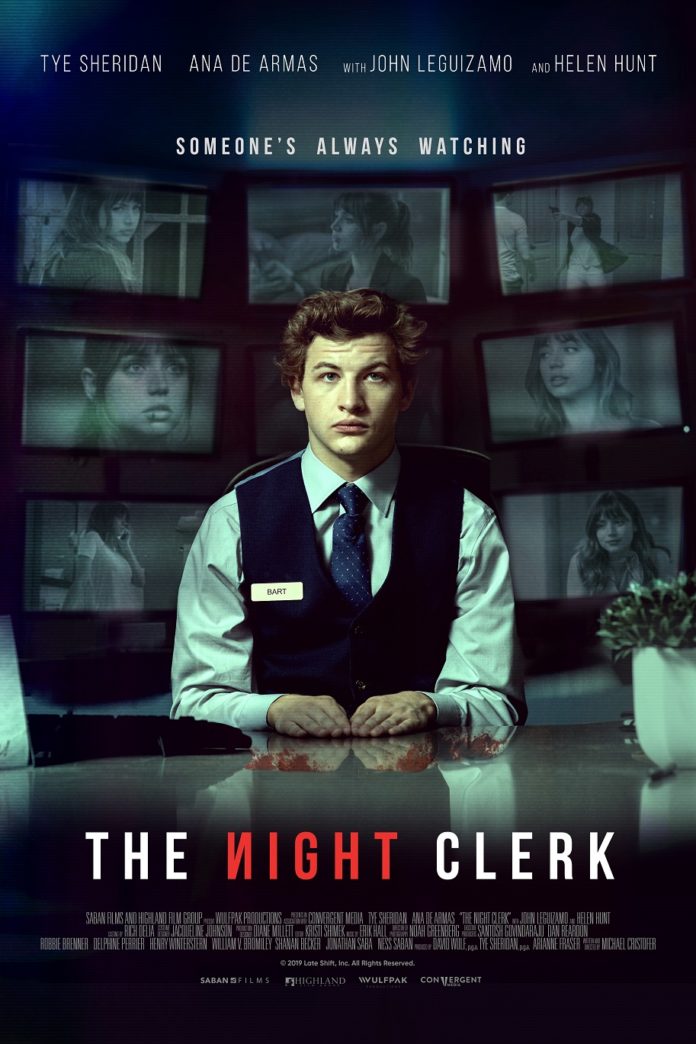 Now our Editor is a keen follower of the rather gorgeous Ana de Armas in fact such a keen follower that he’s has an injunction preventing him from being on the same continent as her. Having been the lead female in Rian Johnson’s hit film ‘Knives Out‘ Miss Armas is about to appear in the new Bond film, ‘No Time to Die‘. Until then we can look forward to seeing her in The Night Clerk trailer which will also feature Tye Sheridan, Helen Hunt, Ana de Armas, John Leguizamo and Johnathon Schaech.

In The Night Clerk trailer Bart Bromley, a highly intelligent young man on the autism spectrum, uses secret surveillance cameras to record guests in an effort to improve his social interaction skills. While on duty, he witnesses a murder in one of the rooms but his suspicious actions land him as the lead detective’s number one suspect. Bart makes a personal connection with a beautiful guest named Andrea, but soon realizes he must stop the real killer before Andrea becomes the next victim. 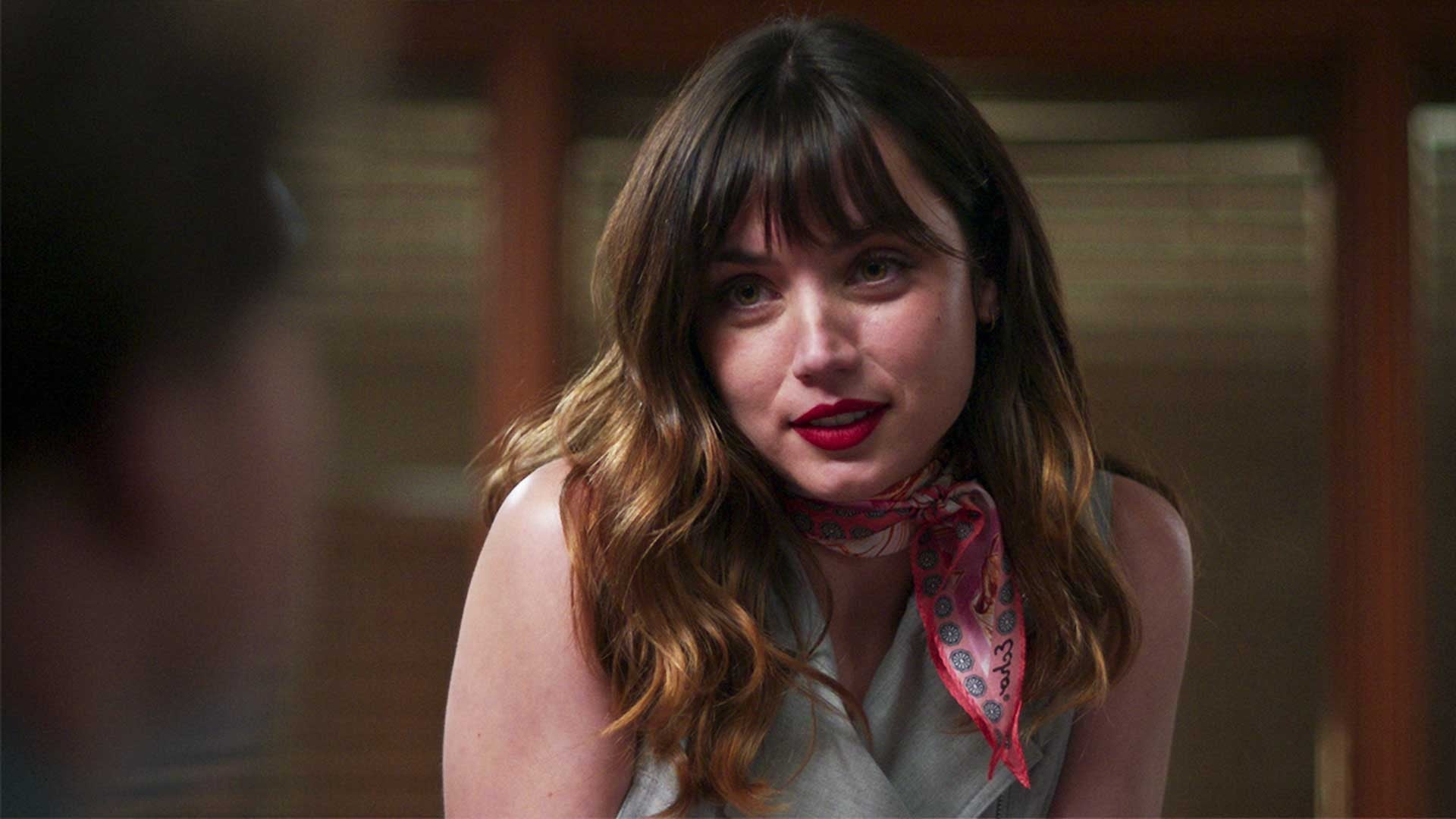 Armas career is now really taking off having first come to attention with Blade Runner 2049 even though she had been around for quite some years prior to this. Tye Sheridan was named as one of Variety Ten Actors to Watch after his debut role in Terrence Malick’s ‘Tree of Life’ that also starred Brad Pitt and won the Palme D’or in 2011. Probably his most high profile film to date was being the lead in Spielberg’s, ‘Ready Player One‘ although he did appear in last years box office bomb ‘X-Men Dark Phoenix’

“The Night Clerk” is written and directed by Pulitzer Prize-winner Michael Cristofer and is slated to open in the US on February 21st with no date yet set for a UK release.