A little while ago we told you HERE about Oscar winning director Guillermo Del Toro’s new film and now we get a first look at it with the release of the Nightmare Alley trailer.

In NIGHTMARE ALLEY, an ambitious carny (Bradley Cooper) with a talent for manipulating people with a few well-chosen words hooks up with a female psychiatrist (Cate Blanchett) who is even more dangerous than he is. STARRING BRADLEY COOPER, CATE BLANCHETT, TONI COLLETTE, WILLEM DAFOE, RICHARD JENKINS, ROONEY MARA, RON PERLMAN, MARY STEENBURGEN AND DAVID STRATHAIRN 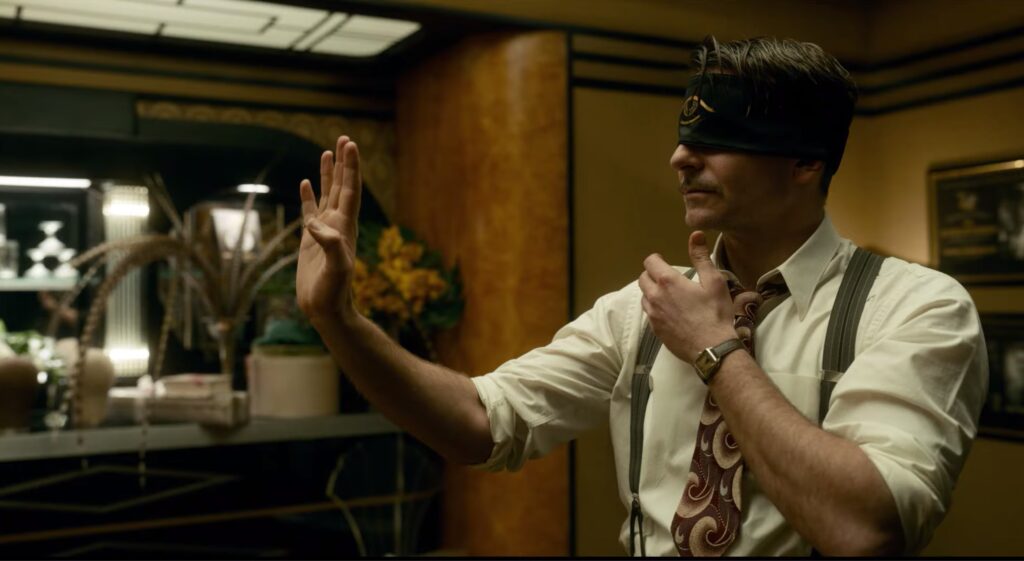 It is said not to be a remake of the 1947 film but more of a reimagining and unlike all of Del Toro’s previous films this is said to not have a supernatural element to it. Leonardo DiCaprio was originally picked for the lead role as DiCaprio chose this over projects from Paul Thomas Anderson and Alejandro G. Inarritu but when financial negotiations fell DiCaprio opted out and was shortly replaced by Bradley Cooper. Ironically enough, Cooper ended up replacing DiCaprio in the new Paul Thomas Anderson film.