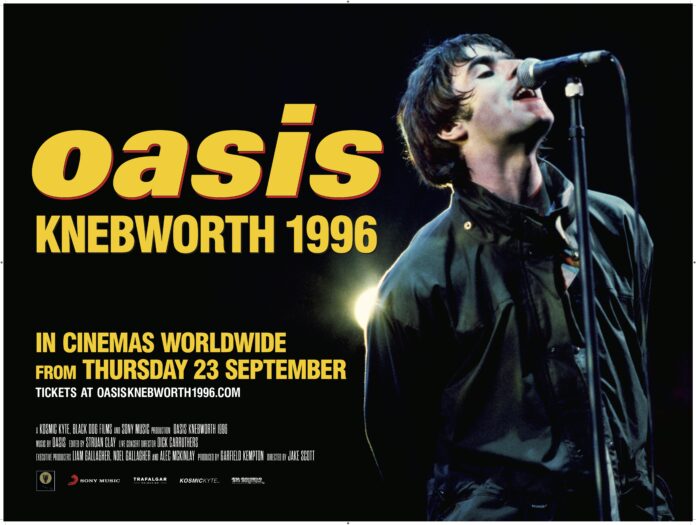 Marking 25 years to the day since the first night of the record breaking Knebworth 1996 concerts, today we can unveil the Oasis Knebworth 1996 trailer for their eagerly anticipated cinematic documentary, released in cinemas worldwide from September 23rd 2021.

Directed by Grammy Award-winner Jake Scott, the Oasis Knebworth 1996 trailer is a joyful and at times poignant cinematic celebration of one of the most iconic live concert events of the last 25 years, driven entirely by the music, and the fans’ own experiences of that monumental weekend. The film celebrates the story of the special relationship between Oasis and their fans that made the largest concert of the ‘90’s possible. It is told entirely in the moment through the eyes of the fans who were there, built around extensive and never before seen archive concert and backstage footage from the event, with additional interviews with the band and concert organisers. 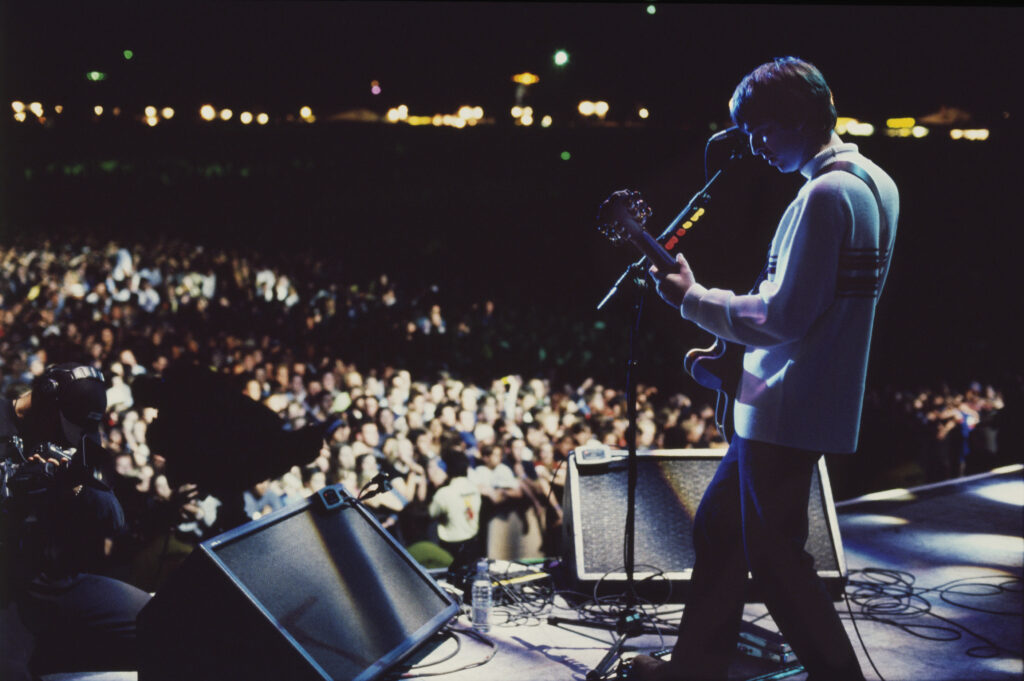 Oasis’ two record breaking nights at Knebworth took place on 10th & 11th August 1996, with over a quarter of a million young music fans from all over the world converging on Knebworth Park, Hertfordshire to see the legendary sets. Tickets went on sale on 11th May 1996. Queues formed outside local record shops and ticket offices overnight, and fans around the world spent the day on their landline phones trying to get through to constantly engaged booking lines. All tickets sold out in less than 24 hours, breaking every UK box office record in the process. Organisers estimated the band could have sold two or three times as many tickets, with over 2% of the population of the UK attempting to buy tickets.

The monumental shows were set against a backdrop of the UK slowly recovering from a decade of recession. Emerging from the ‘80s, the mood of the nation was changing. A cultural resurgence in arts and culture was giving rise to Cool Britannia and, in their meteoric rise, Oasis embodied that new found optimism and swagger. Two short years had taken the band from their council estate in Manchester to becoming one of the biggest bands in the world and for the congregated masses, seeing themselves in the five men on stage in front of them, anything felt possible. The Knebworth concerts were both the pinnacle of the band’s success and the landmark gathering for a generation.