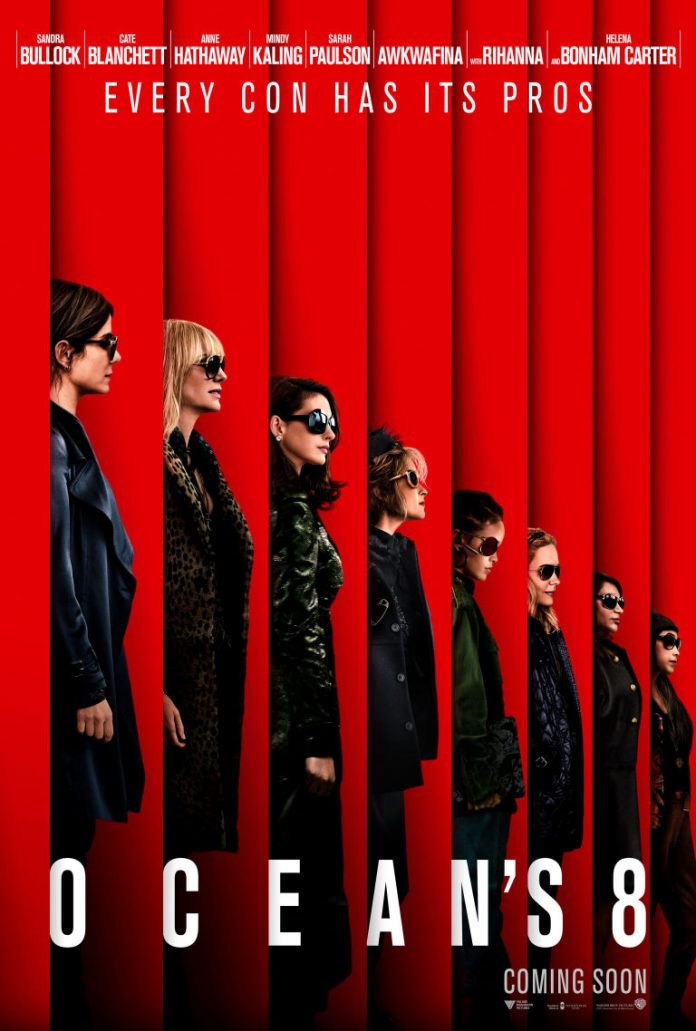 With Oceans 11, 12 & 13 having made $1.1 billion worldwide director Steven Soderburgh (Logan Lucky) has turned to an all female version but with a smaller cast hence the title ‘Oceans 8’ and it looks like George Clooney’s character might well be dead if this trailer is anything to go by.

Starring Sandra Bullock who plays Danny Ocean’s sister Debbie Ocean, she gathers a crew to attempt an impossible heist at New York City’s yearly Met Gala. You’d have thought in these enlightened times there would be a female director too but, no, its Gary Ross whose only  directed five films sine 1998.

Bullock says some big surprises in the film are being kept under wraps, most likely cameos from previous “Ocean’s” trilogy cast members. The only confirmed returnee so far is Matt Damon.

Not sure about the tagline, ‘Every con has it’s pros’ which by our innuendo filled minds suggests they’re……..well……..ladies of the night!

However be warned……James Cordon appears in the trailer!