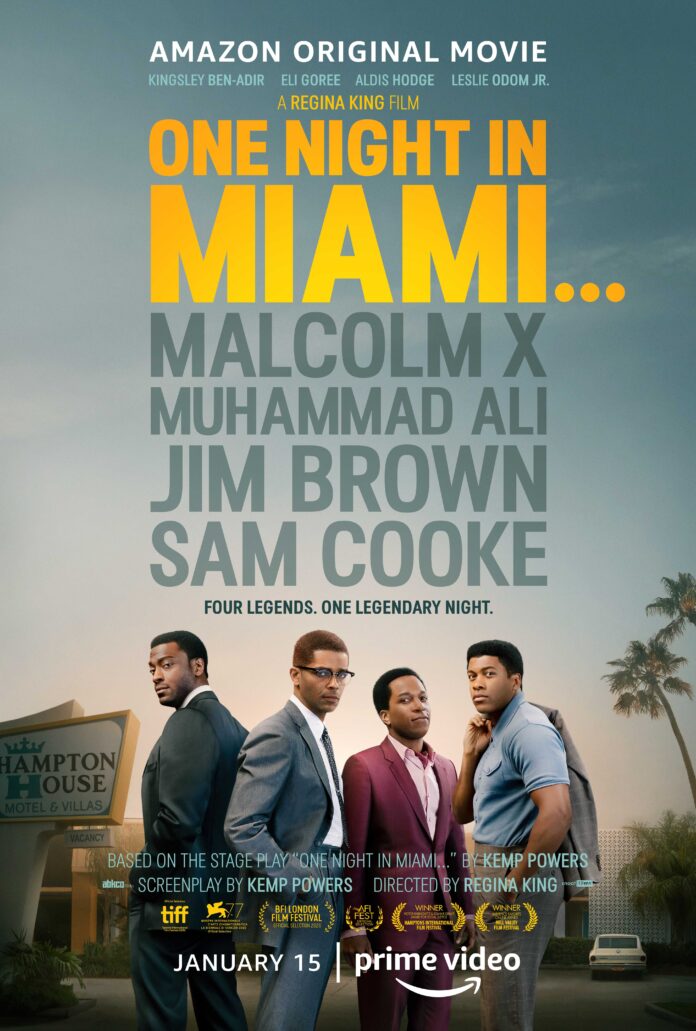 According to the One Night in Miami trailer on one incredible night in 1964, four icons of sports, music, and activism gathered to celebrate one of the biggest upsets in boxing history. When underdog Cassius Clay, soon to be called Muhammad Ali, (Eli Goree), defeats heavy weight champion Sonny Liston at the Miami Convention Hall, Clay memorialized the event with three of his friends: Malcolm X (Kingsley Ben-Adir), Sam Cooke (Leslie Odom Jr.) and Jim Brown (Aldis Hodge).

Based on the award-winning play of the same name, and directed by Regina King, One Night In Miami… is a fictional account inspired by the historic night these four formidable figures spent together. While crowds of people swarm Miami Beach to celebrate the match, Clay – unable to stay on the island because of Jim Crow-era segregation laws – spends the evening at the Hampton House Motel in Miami’s African American Overtown neighborhood celebrating with three of his closest friends: Malcolm X, Sam Cooke, and Jim Brown. During this historic evening, these icons, who each were the very representation of the Pre-Black Power Movement and felt the social pressure their cross-over celebrity brought. It looks at the struggles these men faced and the vital role they each played in the civil rights movement and cultural upheaval of the 1960s. More than 40 years later, their conversations on racial injustice, religion, and personal responsibility still resonate. 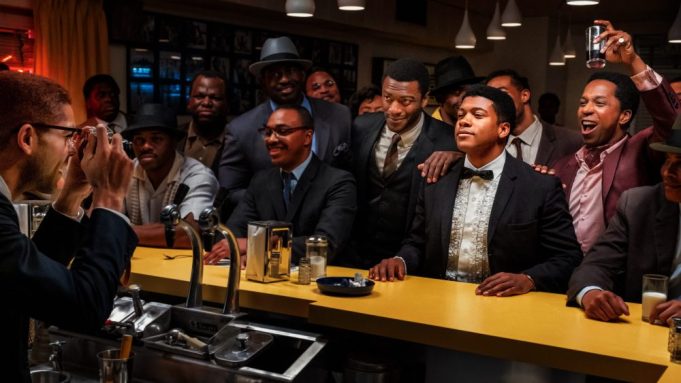 What’s refreshing to see in the One Night in Miami trailer is a male dominated drama featuring iconic figures in their respective fields being directed by a woman, the experienced Regina King who has helmed a number of TV films and series as well as having a wealth of experience as an actor herself having won an Oscar as Best Supporting Actress in 2019 for ‘If Beale Street Could Talk’

Here’s the One Night in Miami trailer……..