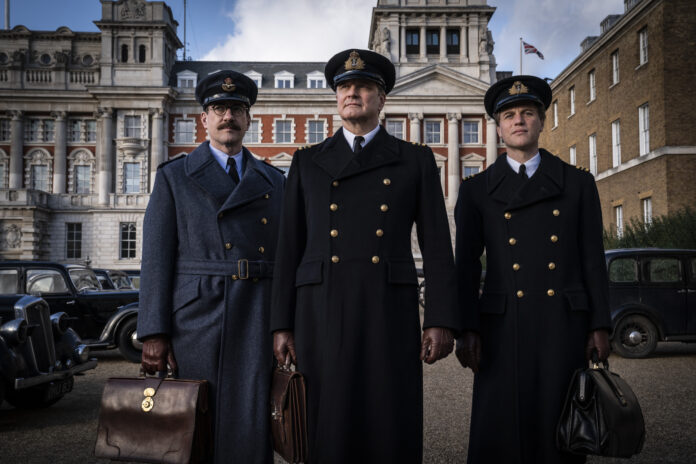 True life war stories have been a staple of cinema although for one awful moment we thought the Operation Mincemeat trailer might be one of those one off shows where talent vacuum Gemma Collins had landed herself a dream job at a Greggs sausage roll factory but thankfully we were wrong. Instead its one of those remarkable and almost unbelievable  true stories about about a plot the allies hatched during WWII.

It’s 1943. The Allies are determined to break Hitler’s grip on occupied Europe, and plan an all-out assault on Sicily; but they face an impossible challenge – how to protect a massive invasion force from potential massacre. It falls to two remarkable intelligence officers, Ewen Montagu (Colin Firth) and Charles Cholmondeley (Matthew Macfadyen) to dream the most inspired and improbable disinformation strategy of the war – centred on the most unlikely of secret agents: a dead man. Operation Mincemeat is the extraordinary and true story of an idea that hoped to alter the course of the war – defying logic, risking countless thousands of lives, and testing the nerves of its creators to breaking point. 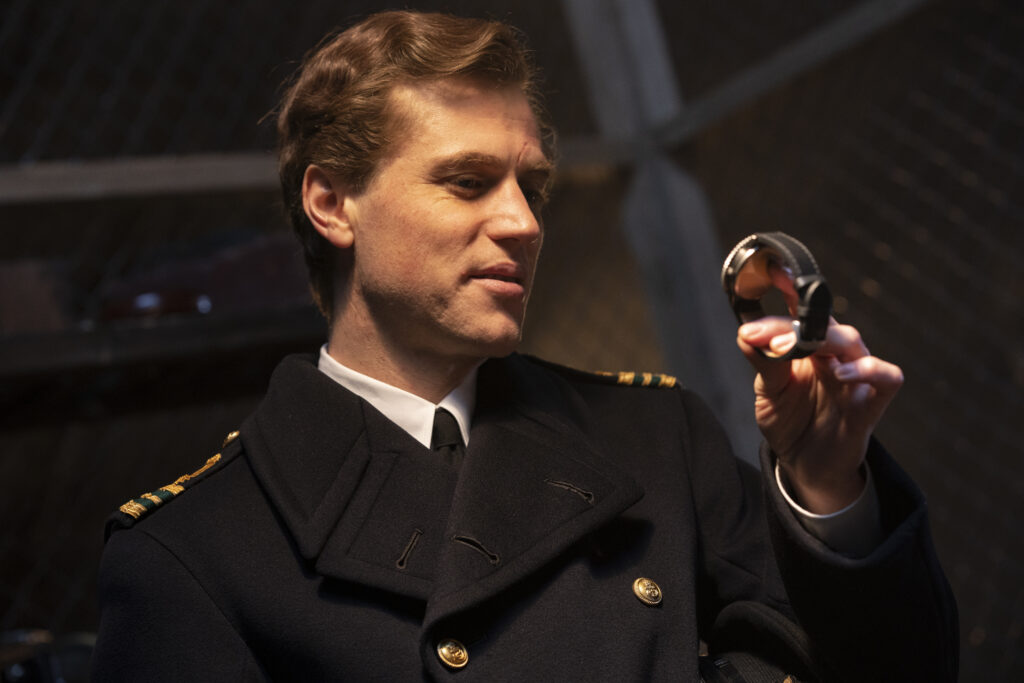 It is not the first time the story has made it to the big screen with 1953’s ‘The Man who Never Was’ based on the book of the same name by Ewen Montagu. This version has an impressive cast led by Colin Firth and Matthew Macfadyen and co-starring Kelly Macdonald, Penelope Wilton, Jason Isaacs, Johnny Flynn, Mark Gatiss and the late great Paul Ritter of Friday Night Dinner fame. All of this is directed by John Madden who has an impressive back catalogue that includes Mrs brown, Captain Corelli’s Mandolin and Shakespeare in Love for which he was nominated for a Best Director Oscar but losing to Spielberg for Saving Private Ryan

OPERATION MINCEMEAT will be released nationwide January 2022 by Warner Bros.