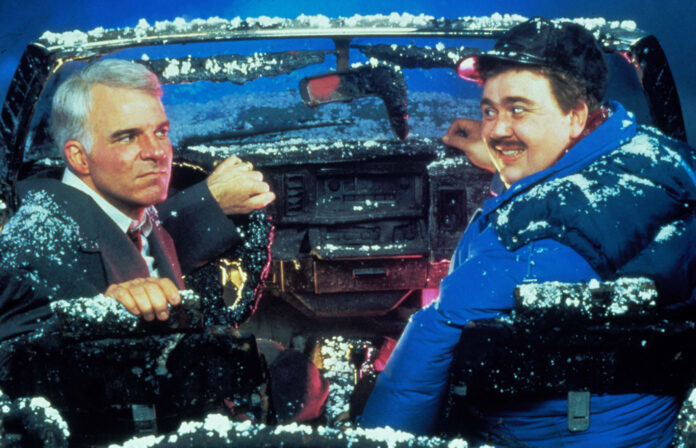 We’ve always been fans of many of the late, great John Hughes movies whose films included Sixteen Candles, The Breakfast Club, Ferris Buellers Day Off and of course Home Alone. All teen classics in their own right and none which should be remade. Unfortunately that seems to be the fate of one of his best Comedies which now looks like we are going to get a Planes Trains and Automobiles remake.

The original 1987 film had Steve Martin and John Candy as a mismatched duo forced to become traveling partners in a desperate attempt to get home to loved ones for Thanksgiving after their flights are cancelled. What follows is a load of great scenes with both stars at the top of their game with a number of quotable lines (‘THOSE AREN’T PILLOWS!!!‘) as the pair career from one mishap to another ending in a typically saccharine but heartwarming payoff to make you cry.

So its to some concern that we heard about the intended Planes Trains and Automobiles remake even more so when we heard that Will Smith and Kevin Hart are set to take the lead roles in the road trip comedy which has been setup at both Paramount Pictures and the pair’s two production companies – Westbrook Studios and Hartbeat Productions behind it where Hart and Smith produce. Smith we’ve always liked as a dramatic actor (‘Ali’ and ‘The Pursuit of Happyness’ are especially good earning him Oscar nominations) but Hart’s comedies have always left us cold and whilst he was bearable in Jumanji 2 , Night School and The Upside especially left us cold.

Helming the film will be Aeysha Carr whose TV pedigree includes “Brooklyn Nine Nine” “Woke” and  and the Planes, Trains and Automobiles remake will have her writing the script. We’re thinking that it will be Smith playing the Steve Martin role…..