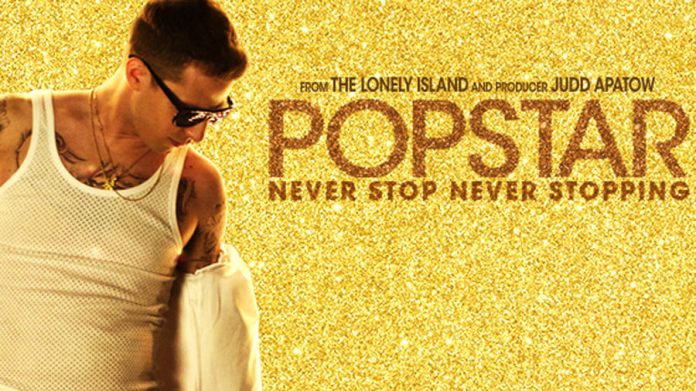 It’s been long time coming and is an obvious target but finally we have a comedy about the feckless tosspots who enter singing talent(less) contests that Simon Cowell inflicts on the public -(although with even the judges all bailing out it seems that these shows popularity is thankfully on the wane).

This is a very funny trailer about the gullible and misguided member of a boy band who goes solo only to find his album sales quickly plummet. It’s been produced by Judd Apatow who has been behind films, ‘The 40 year old virgin’  & last years ‘Trainwreck’.

It’s got a whole load of cameo appearances too including Snoop Dogg, Martin Sheen, James Buckley (‘The Inbetweeners’), Seal and even the malevolent maestro himself, Simon Cowell.

This opens in the US on June 3rd and in the UK on August 26th so will coincide nicely with the next series of ‘The X Factor’.