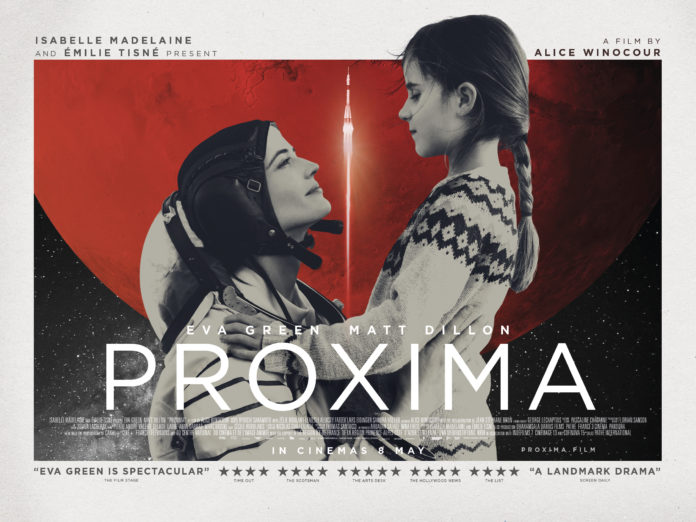 Ever since Eva Green came to the world’s attention with the first Daniel Craig Bond film Casino Royale we’ve been fans and it seems that director Tim Burton is too as she has  appeared in three of his films, Dark Shadows, Miss Peregrine’s Home for Peculiar Children & Dumbo. Our Editor on the other hand is a big fan of The Dreamers, 300: Rise of an Empire and also Sin City : A Dame to Die for  and if you’ve seen them you’ll know exactly why he’s a fan. Now we have the Proxima trailer her latest film where Eva Green gives a career best performance in this epic and emotionally charged new drama from acclaimed director Alice Winocour.

Green plays Sarah, a French astronaut training at the European Space Agency in Cologne. The only woman in the arduous programme, she has been chosen to be part of the crew of a year-long space mission called ‘Proxima’. Putting enormous strain on her relationship with her daughter (played by outstanding newcomer Zélie Boulant-Lemesle), the training begins to take its toll on both as Sarah’s training progresses and the launch looms ever closer.  Featuring stunning performances from the entire cast which includes Matt Dillon, Lars Eidinger and Sandra Hüller, Winocour’s new film is an unmissable cinematic experience which will take audiences on a gripping, emotional and life-affirming journey.

It’s rumoured that Diane Kruger was interested in the role but director Alice Winocour wanted Eva Green for the role. And trivia fans will be interested to know that some scenes were shot at a real space training centre, European Astronaut Centre, near Cologne, Germany. Proxima is released in the UK on April 20th 2020 though bizarrely there’s no apparent US release date having been only seen at the AFI film festival late last year.