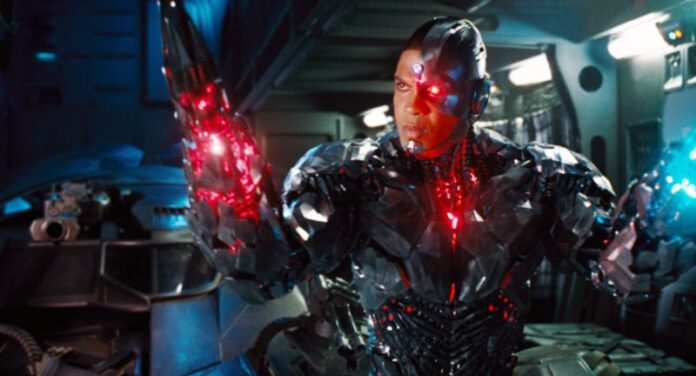 Recently we has news of a Snyder cut of Justice League (read about it HERE) with Zack Snyder doing his version of the film that Joss Whedon took over directing when Snyder had to step away from the project due to tragic family circumstances. Of late though actor Ray Fisher who played Cyborg has been tweeting a a load of less than flattering abuse at Whedon who he had praised when the film came out but now says, ‘I’d like to take a moment to forcefully retract every bit of this statement!’ about his support of Joss Whedon and his work on “Justice League”.

Quite why Ray Fisher has taken to spouting such public statements of disrespect to Whedon is not wholly clear and now he’s ramping it up with more allegations he has posted on twitter alleging unprofessional behavior by Whedon during the much-discussed reshoots for Justice League saying,

“Joss Wheadon’s [sic] on-set treatment of the cast and crew of Justice League was gross, abusive, unprofessional, and completely unacceptable. He was enabled, in many ways, by Geoff Johns and Jon Berg. Accountability>Entertainment.”

Both of the producers Geoff Johns and Jon Berg worked within Warner Bros. Pictures and DC films. Both are highly experienced in their own fields – Johns is a long time comic book writer with a vast knowledge of the DC Universe but stepped down as a DC Films executive in 2018 whilst Berg is a veteran film producer of many DC superhero projects. It’s Berg who has come out fighting saying on twitter this is “categorically untrue that we enabled any unprofessional behavior… I remember [Fisher] being upset that we wanted him to say ‘Booyaa,’ which is a well known saying of Cyborg in the animated series.”

For Ray Fisher to come out saying things like this is odd because his career has hardly been on fire since the films release and coming out with stuff like this against three highly regarded Hollywood men seems a sure fire way to  prevent you from ever getting cast in a film again……….we suspect this is not the end of the spat.