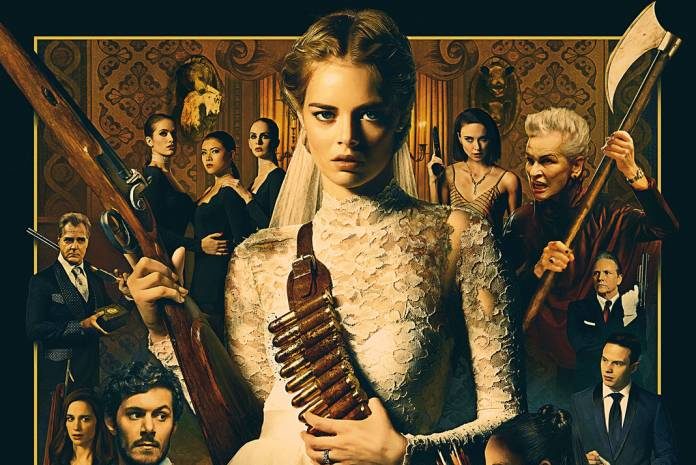 We’ve been deluged with new film trailers and amongst them is the Ready or Not trailer. Now we knew very little about this but the trailer looks intriguing if extremely gory so be warned as it is NSFW.

READY OR NOT follows a young bride (Samara Weaving) as she joins her new husband’s (Mark O’Brien) rich, eccentric family (Adam Brody, Henry Czerny, Andie MacDowell) in a time-honored tradition that turns into a lethal game with everyone fighting for their survival.

Written by Guy Buswick and Ryan Murphy this is their feature film debut having written a number of short films previously. The film is directed by the duo Matt Bettinelli-Olpin and Tyler Gillett whose most notable previous films is a segment for V/H/S horror compilation and this is their feature film debut too. An impressive cast includes SAMARA EAVING (Three Billboards Outside Ebbing, Missouri, Home & Away) ADAM BRODY (Shazam!, The O.C.) ANDIE MACDOWELL (Four Weddings and a Funeral, Groundhog Day) MARK O’BRIEN (Bad Times at the El Royale, Arrival) HENRY CZERNY (Sharp Objects, Revenge, Mission Impossible)

Here’s the Ready or Not trailer…….