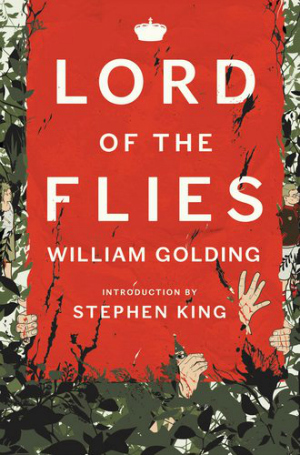 Most of us remember having to read Lord of the Flies when we were in school but now it appears that there was a real life story and soon we should see a real life Lord of the Flies film. William Golding’s remarkable book was out in 1954 and followed a group of British boys stranded on a deserted island, splitting into two tribes and descending into brutality……think, reality show contestants trying to get the attention of an agent and you get the idea.  However it appears that in 1965 this actually happened to a group of schoolboys.

The story was uncovered by Rutger Bregman way back in 1966 where six boys when found on a rocky islet at the southern tip of the Pacific archipelago of Tonga. Rescued by an Australian sea captain after being marooned on the island of ‘Ata for around 15 months the boys were all boarding school students (ages 13-16) who had stolen / borrowed a fishing boat and took it out to sea only to get caught up in a storm. A huge search for them was negative and the boys were given up for dead with funerals held for each of them soon after.

It turns out that the boys had survived on the island, which was essentially a huge lump of volcanic rock, where people had lived back in the mid 19th century but had been captured and removed to be used as slaves.  The lads managed to survive by building a food garden, used hollowed-out tree trunks to store rainwater, built a gym and even a badminton court, chicken pens and kept a fire permanently burning. In pairs they worked a rota with any potential punch ups quelled with ‘time out sessions’. They had tried to escape by building a raft but it sank and worse still one of them broke his leg when he fell off a cliff.  A diet of  fish, coconuts, bananas, bird eggs and even the sea birds themselves and later chickens (though goodness knows where they came from – unlikely there was a KFC nearby).

After they were rescued they were imprisoned for stealing the boat an were only released on the condition that they would co-operate with filming a movie for Australian TV news.

As Bregman says, “The real Lord of the Flies is a tale of friendship and loyalty; one that illustrates how much stronger we are if we can lean on each other”. Now studio’s are pushing for a real life Lord of the Flies film. To that end producers are inundating him with enquiries about the film rights. At the same time Spanish explorer Alvaro Cerezo, who revisited the island in 2015 with one of the boys now a man is putting together a documentary and a book. We’ve already had two film versions of the book in 1963 & 1990 but now it looks like we’ll be getting a real life Lord of the Flies film.

No Time to Die – REVIEW