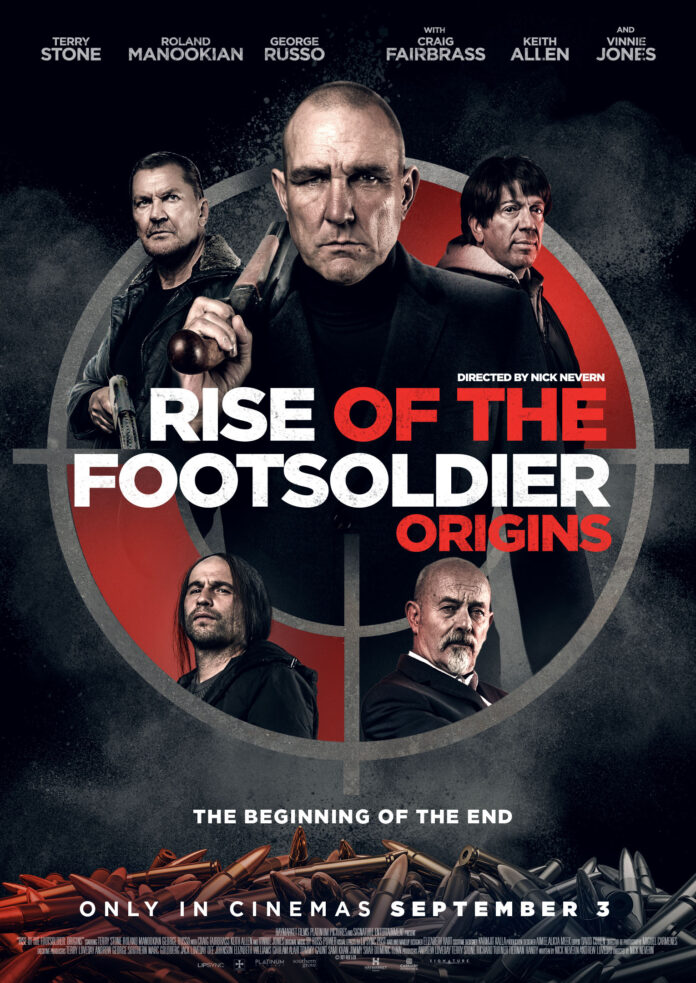 So the Rise of the Footsoldier films have become the unexpected success of low budget British crime flicks that were inspired by the 1995 shootings of three Essex drug dealers in their car in a field (take a look at the premiere of the second film HERE) . So now we have the latest film in the franchise Rise of the Footsoldier Origins trailer starring Vinnie Jones who teams up with premiere acting veteran Keith Allen for a brutal account of how real-life, hard-as-nails Falklands War veteran Tony Tucker came to be involved in one of the most notorious gangland murders in British history.

When a down-on-his-luck Tony Tucker lands a job as a nightclub doorman after saving the owner’s grandson, he will do whatever it takes to rise to the top of the game. Teaming up with Essex heavyweight Bernard O’Mahoney at the height of the 1980s rave scene, Tucker could do no wrong. A voracious appetite for money, drugs, and a glamorous lifestyle soon develops, fueling his growingly audacious ventures and seeing him join forces with Pat Tate and Craig Rolfe to capitalise on the drug-boom. Packed with fights, revenges, and explosions, the ultimate origin story brings Rise of the Footsoldier full circle, and tackles many of the franchise’s previously unanswered questions. 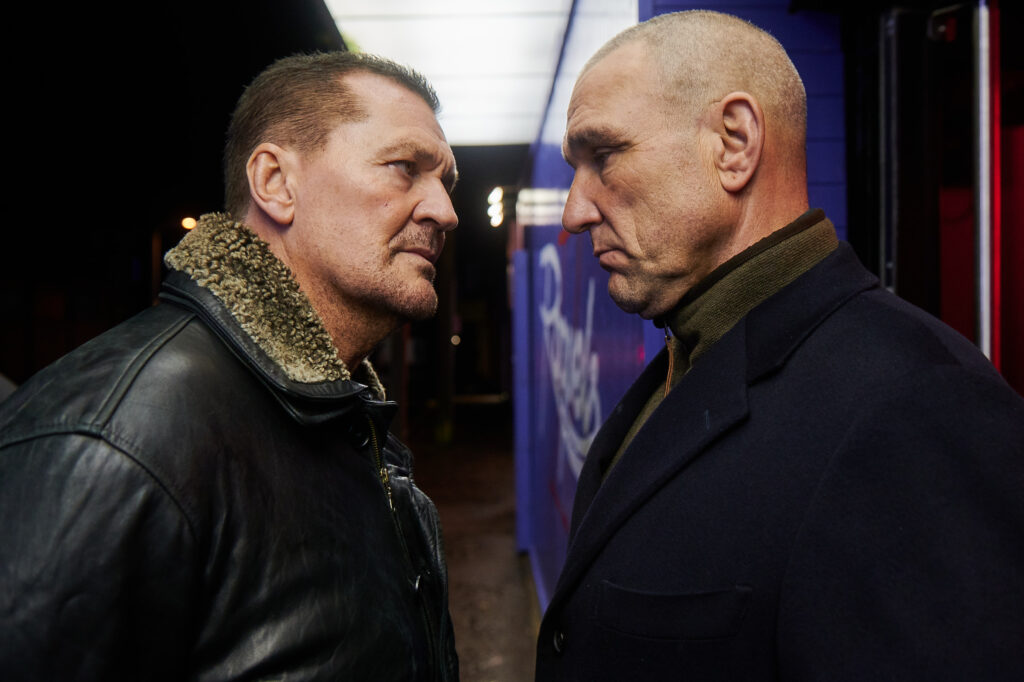 Directed by Nick Nevern he co-wrote the script with producer Andrew Loveday and its story is set against a backdrop of the late 80s rave scene, with a pulsing soundtrack featuring the likes of New Order and Ultravox. From the trailer it looks as potty mouthed as its predecessors so take a look at it, you *!!”*+^”!~#  slaaaaaaaaag!

RISE OF THE FOOTSOLDIER: ORIGINS is showing ONLY in cinemas from 3rd September

Here’s the Rise of the Footsoldier Origins trailer……