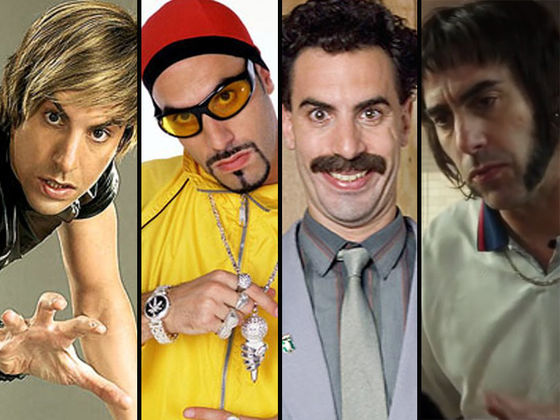 There can be little doubt that Sacha Baron Cohen is one of the most talented comic actors working today. Having come to the attention on TV’s The 11 o’clock show with his genius creation Ali G he went onto make the disappointing film due mainly to the film going for a scripted narrative rather than rely on Cohen’s genius for improvisation with real people not in on the joke.

It was quickly rectified with the world beating Borat which earned a massive $261m. Since then his films have had chequered success. His gay German fashionista, Bruno, made $138m, The Dictator made $179m but Grimsby (or The Brothers Grimsby as it was called in the US) made an extremely disappointing $25m worldwide. In between all of these Sacha Baron Cohen has appeared in supporting roles for directors as diverse as Tim Burton and Martin Scorsese but has not really appeared in any straight roles having dropped out of the Freddie Mercury biopic which has had its problems. That might all be about to change with his next role as he has taken the role of  legendary spy Eli Cohen in the upcoming six-episode limited espionage drama series “The Spy” at Netflix and OCS.

In the early 1960’s Eli Cohen was living undercover in Damascus whilst spying for Israel and managed to rise through the ranks of their politics and into Syrian high society. His work as a socialite by day , spy at night had a major influence on shaping the Middle east as we know it today. The connections he made with society and his consequent actions had consequences that continue today.

The film is written by Gideon Raff whose scripted a lot of TV series including Homeland and he will also direct the series too. Quite whether this will be an out and out comedy is thought to be unlikely but the appeal of such a subversive character for Sacha Baron Cohen, who is proud of his own Jewish heritage, was obvious.