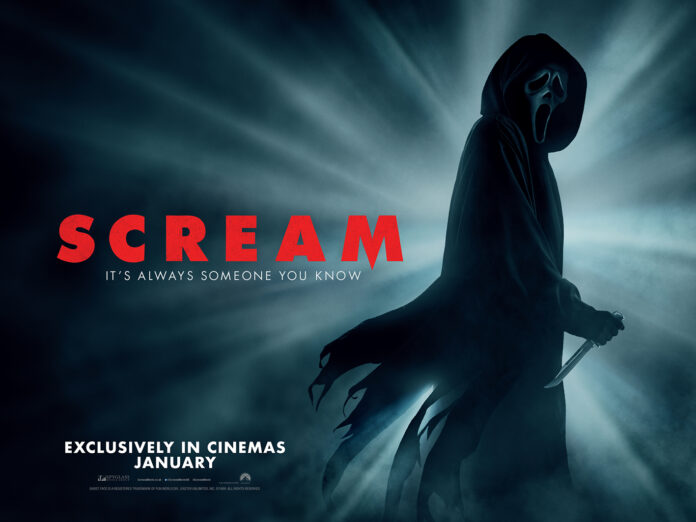 With the late great horror director Wes Craven having passed away in 2015 many thought that the Scream franchise which stood at four films would have ended with him….. but no! Landing in our inbox is what would be Scream 5 but has instead been titled simply, ‘Scream’ which may cause some fans old enough to remember the first film which shook up the genre with a savvy whip smart script that lampooned many of the cliches of the genre whilst still maintaining enough gore for die hard fans. That the original film was out in 1996 means that many of the cast members in the new Scream trailer were not even alive at the time of its release.

Much of this new Scream trailer seems to show far more than might be expected including the opening scene made famous initially by Drew Barrymore‘s cameo that started something of a trend. Helming the film are co-directors Matt Bettinelli-Olpin & Tyler Gillett whose debut was the agreeably gory and comically black ‘Ready or Not‘ and they would seem ideally suited to take over the reins. Quite who will be Ghostface as ever remains part of the fun of these films and expect there to be some sort of twist although lets not hope its of the ilk seen in Scooby Doo