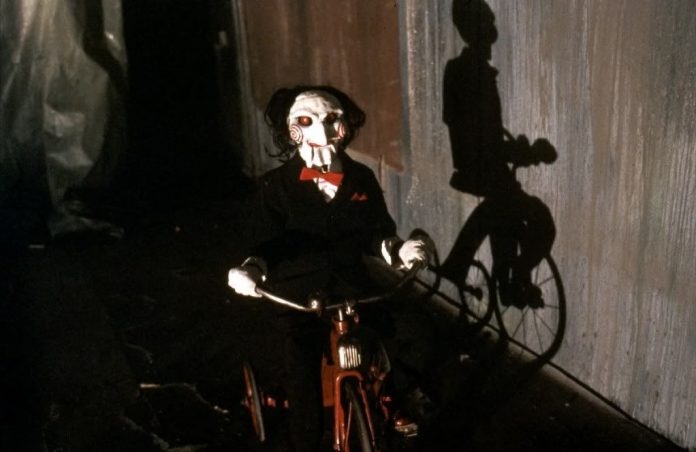 yes we’re very proud indeed of our clever play on words headline for this article relating as it does to what we thought was a franchise that had finished at film number 7 but NO! it appears that SAW 8 is on its way. Lionsgate the studio behind the franchise announced that No 8 is scheduled for October 27, 2017.

2010 saw the last film which had sen a film released at Halloween every year for seven years having amassed $871m worldwide and more money being raked in from film relateed marketing which included theme parks having SAW roller coasters.

The latest film is currently untitled but is thought that it will be called ‘Saw:Legacy’ and possibly might be about someone carrying on Jigsaw’s hideous work.

Michael Spierig and Peter Spierig, who directed vampire film Daybreakers for Lionsgate, will take the helm. Quite who will be in it remains unknown at present though we feel confident in saying that it will not star Dame Helen Mirren or Sir Anthony Hopkins.

It’s due to start shooting in September in Toronto. Let the games commence…….