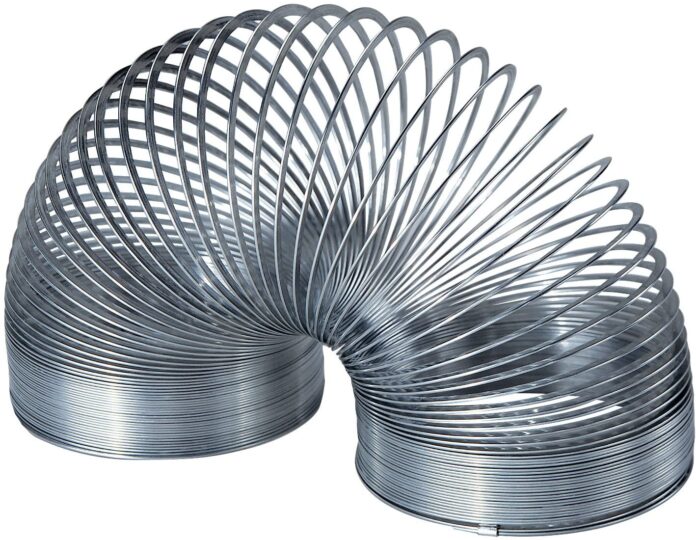 So in the latest in an increasingly long line of toy to film adaptations – the most recent being Tetris – we now have Slinky the Movie!  Yes, the coiled bit of metal that was popular for generations as each of us tried (and usually failed) to get it to walk down the stairs like in the advert is now to get a movie made about its genesis.

Directing Slinky the Movie will be Tamra Davis (“Billy Madison”) and the story will focus on  Betty James who was the wife of Slinky creator Richard James. Now before anyone gets up in arms that the film is not about the inventor of the toy it was actually Betty who took over the struggling business after her husband left her with their six children and a nearly bankrupt company. What sets it apart is that this occurred in an era that was wholly dominated by male CEOs but Betty James took them all on, turned the business around and made the Slinky one of the must-have toys for several generations of kids. So at least the film is not going to be about a Slinky personified as some sort of quirky upbeat spring on an adventure in a land of toys! 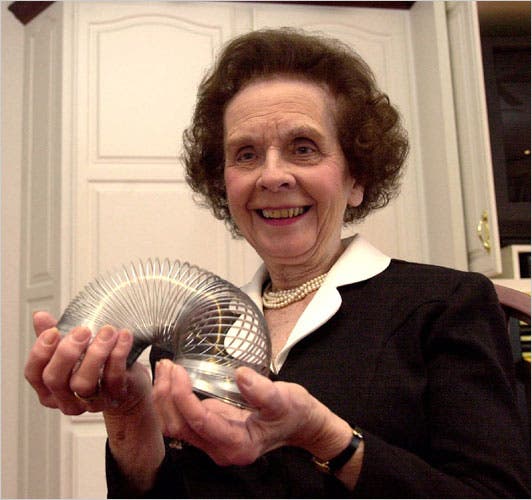 Writing Slinky the Movie (or whatever it will actually be called) will be Chris Sivertson, Ann Carli (who has produced a number of R. Kelly specials – pretty sure that line of work has now dried up!) and Cristina Curbelo. Joanne Rubino will be producing who has a number of decent real life bio-pics behind her including ones on Oscar Pistorius and Steve McQueen. Casting of the main role of Betty James is yet to be confirmed but has the potential to  possibly attract awards.

Shooting of the film is expected to begin sometime early in 2021.