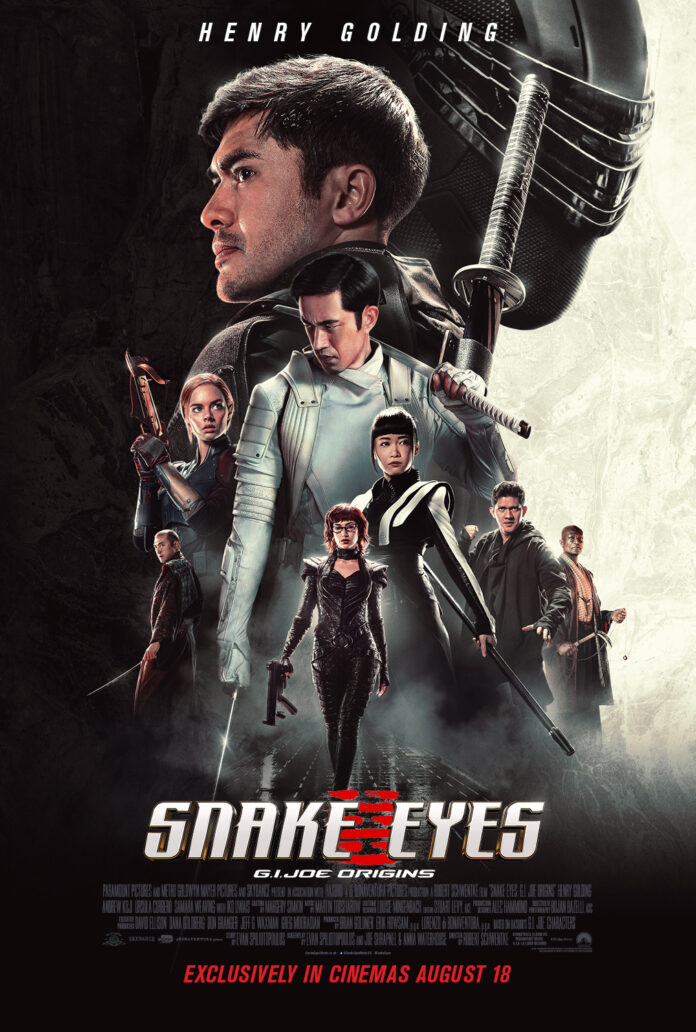 Based on Hasbro’s G.I. JOE® Characters we now have a full Snake Eyes trailer which gives us a decent look at the action sequences as well as each of the characters

Snake Eyes: G.I. Joe Origins stars Henry Golding (The Gentleman) as Snake Eyes, a tenacious loner who is welcomed into an ancient Japanese clan called the Arashikage after saving the life of their heir apparent. Upon arrival in Japan, the Arashikage teach Snake Eyes the ways of the ninja warrior while also providing something he’s been longing for: a home. But, when secrets from his past are revealed, Snake Eyes’ honor and allegiance will be tested – even if that means losing the trust of those closest to him. Based on the iconic G.I. Joe character, Snake Eyes: G.I. Joe Origins also stars Andrew Koji as Storm Shadow, Úrsula Corberó as Baroness, Samara Weaving as Scarlett, Haruka Abe as Akiko, Tahehiro Hira as Kenta and Iko Uwais as Hard Master.

Snake Eyes is a Caucasian figure but this has been changed for the film attracting a certain degree of controversy. Asian-American writer Larry Hama, who was instrumental in developing the character of Snake Eyes, addressed the movie’s race-swapping issue with the casting of Asian actor Henry Golding: “Some people are saying that casting Golding ‘fixes’ the character of Snake-Eyes, but I disagree. I had wanted to keep him ambiguous until HASBRO introduced Storm Shadow as the only Asian character and made him a bad guy. I decided to ‘fix’ that by delving into his background and gradually turning him into a good guy. This is why Snake-Eyes is a white guy.”

SNAKE EYES IS EXCLUSIVELY IN CINEMAS FROM 18TH AUGUST