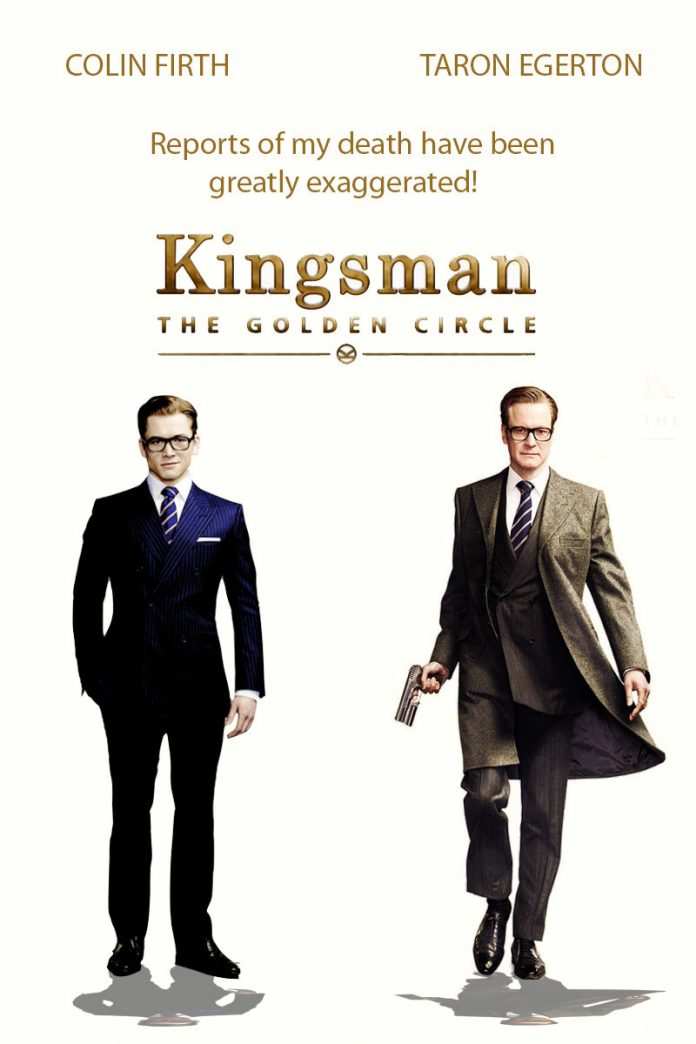 We’re only just into the year with the blockbusters of Spring and Summer still to come but leaping way ahead to the Autumn we have the sequel to Matthew Vaughan’s ‘Kingsmen’ which will have Taron Egerton return in the lead role. Not much is known about it at the moment but the star has recently mentioned that in  typically environmentally friendly fashion we’ll have a scene that was shot for the first film but removed from the final cut. but will  crop in the sequel ……what that scene is Egerton would not let on but then the director Matthew Vaughan mentioned something way back in 2015 that should be a highlight of the film much as the church scene was in the first one only this time with Elton John.

‘I was umming and ahhing ’cause it had a whole fun subplot about celebrities being kidnapped. And I had an idea of, who’s the worst celebrity you’d want to have locked in a cell? And I came up with Elton John, and having Elton John throwing these huge tantrums. And then I wanted to do an action scene of Elton John kicking the living daylights out of people.”

The film ‘Kingsmen: The Golden Circle’ is not released until October 6th so we’ll have a bit of a wait but there’s promise of a trailer very soon. The cast will include Julianne Moore, Halle Berry, Colin Firth, Channing Tatum, Jeff Bridges, and Vinnie Jones who frankly has not been in anything decent for a while. .