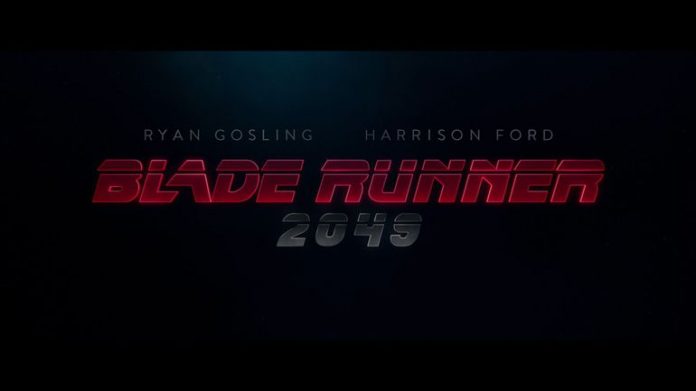 After the first trailer for Blade Runner 2049 dropped this week it left many wondering what certificate it might get as there was nothing in thee trailer that suggested anything adult orientated. However Denis Villeneuve, the director of Blade Runner 2049, has revealed that he’s aiming for an R-rating.  The film wrapped shooting in late November and editing is now well underway in Los Angeles. “My producers are finding it fun to remind me that it will be one of the most expensive R-rated independent feature films ever made,” said Villeneuve.

The success of Ryan Reynolds’ Deadpool earlier this year which also had an R certificate but still made $783m worldwide which made it the highest-grossing R-rated film ever released. So it follows that the studio would like to make Blade Runner 2049 an R certificate too.

Villeneuve’s directed the recent release Arrival, starring Amy Adams which was rated PG-13 by the Motion Picture Association of America (MPAA), but his previous films Sicario, Enemy and Prisoners all carried R-ratings. If Blade Runner 2049 is granted an R-rating by the MPAA, in the UK this would be likely to translate to a 15 certificate being granted by the British Board of Film Classification which was similar to the original films certificate an ‘AA’ – who remembers the old U, A, AA & X certificates in the UK?

Villeneuve has also mentioned that he was determined to make to make the film with as little CGI as possible. This was the same as he did with Arrival “I can count on my fingers the amount of times we put a green screen on set. Most of the movie was done on camera, me and [cinematographer] Roger Deakins worked very hard to do it that way. My actors were not walking on green screens all day long. CGI is a strong tool for backgrounds and extensions but what is around the actors needs to be as real as possible. When I watch a movie that’s mostly CGI, I’m disengaged,” he continued.

It’ll be Autumn 2017 before we see the film Villeneuve already intends to do more sci-fi. “I’m doomed, I love sci-fi. I have two more ideas now that I would love to do. [And] Blade Runner could go on… we’ll see how this one goes.”

If you’ve not seen the new trailer for Blade Runner 2049 then here it is…….