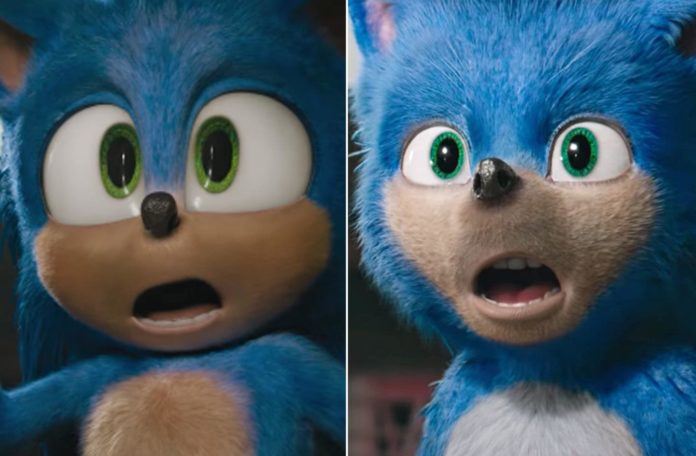 A little while ago we posted HERE  the first trailer for Sonic the Hedghog film which drew cries of outrage from fans…….well now we have Sonic the Hedgehog trailer 2 and things for the hyperactive hedgehog have changed significantly.

Fans were outraged at the appearance of the King of Rings (which in this case is not Jimmy Saville) whose design for the film was dramatically different  from his original game design almost to the point where he was barely recognizable as the SEGA scamp. Sonic the Hedgehog’s original character designer Naoto Ohshima and the former head of Sonic Team, Yuji Naka, both made public statements showing their high distaste of the movie redesign for Sonic, with Yuji Naka even making jokes at the expense of the redesign on his Twitter account. Earlier this year we spoke to Compositing Supervisor Eric Andrusyszyn about his work on Ad Astra but he mentioned HERE about his work on the Sonic the Hedgehog trailer 2. So now the studio has unveiled a new trailer that shows off the dramatic overhaul for Sonic’s and its far nearer to how we know the fanboy favourite from the games.

According to producer Tim Miller (Terminator Dark Fate) Sonic will increase his speed as the film goes on saying,  “the speed changes over time because he evolves, because he can’t do everything at the beginning of the movie. He takes some time to figure out the speed: what the effect looks like and what it does to the rest of the world around” The film itself stars James Marsden, Jim Carrey, Tika Sumpter, Natasha Rothwell, Neal McDonough, Adam Pally and the voice of Ben Schwartz as the voice of Sonic in a story about Sonic’s attempts to battle the evil Doctor Robotnik, who is on a quest to assemble the Chaos emeralds, in the modern world.

“Sonic the Hedgehog” opens in cinemas on February 14th 2020