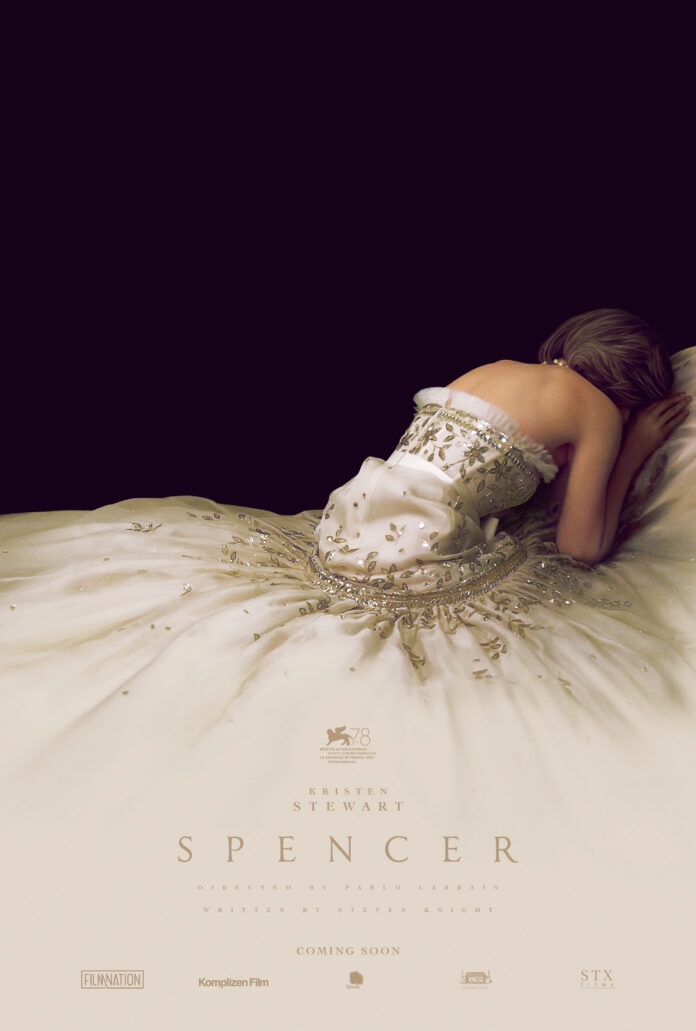 By anyone’s standards the Queen has had a pretty novel few years with the passing of her beloved gaffe prone husband, the marriage of her grandson so ginger he can’t open a holiday brochure without risking skin cancer who then ended up marrying a social climbing ex-quiz show hostess and then there’s the case of her favourite son, a Prince who is lucky not to have had an injunction served on him preventing him from entering Hamleys. So goodness only knows what she makes of the release of the Spencer trailer about the late Princess Diana.

The marriage of Princess Diana and Prince Charles has long since grown cold. Though rumours of affairs and a divorce abound, peace is ordained for the Christmas festivities at the Queen’s Sandringham Estate. There’s eating and drinking, shooting and hunting. Diana knows the game. But this year, things will be a whole lot different. SPENCER is an imagining of what might have happened during those few fateful days. 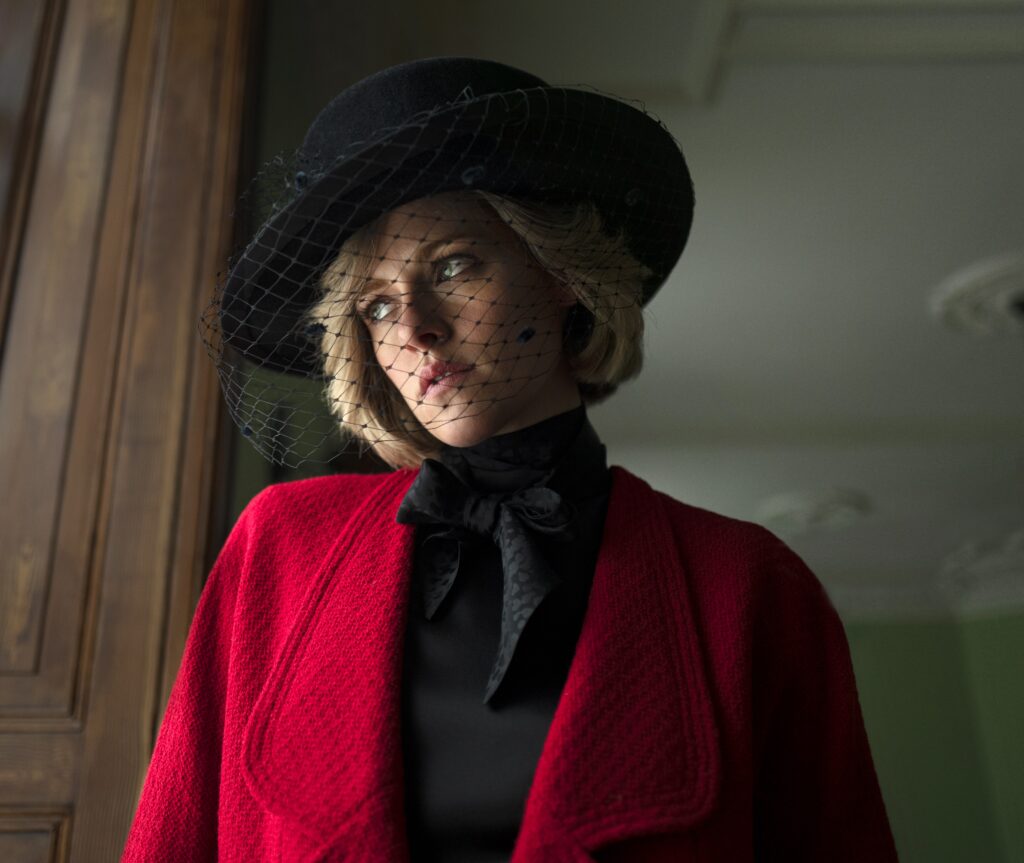 It’s that the synopsis states, ‘what might have happened’ that is probably going to raise some eyebrows because goodness only knows what the film makers have come up with and we doubt that its settling down in front of the TV with a box set. But we’ll soon see. Directed by Pablo Larraín and starring Kristen Stewart in the lead role (despite being notably shorter than Diana) it also stars Sean Harris, Sally Hawkins, Jack Farthing and Timothy Spall. It’s written by Steven Knight who has an extensive career that’s taken in TV and film with screenplays for the excellent Tom Hardy starrer ‘Locke’ the Brad Pitt film and ‘Allied‘ and the recent ‘The Girl in the Spiders Web‘