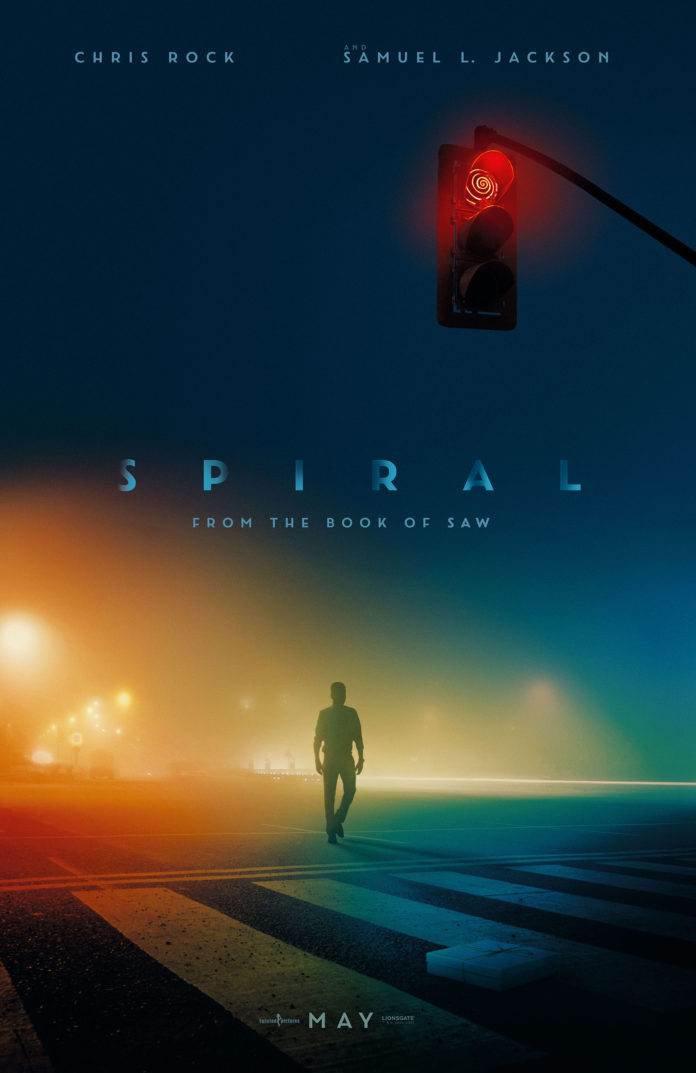 Like nearly every franchise Saw started off strongly as a horror film centred on moral dilemma about the human condition before it spiralled into ever more ludicrous sequel which eventually collapsed under its own premise of twists and turns. But talking of spiral we now have a spin off that is the brainchild, of all people, comedian Chris Rock so we now have the first Spiral trailer.

Coming from Lionsgate films  “Spiral: From the Book of Saw,” is a new entry in the horror franchise and the Spiral trailer has brash Detective Ezekiel ‘Zeke’ Banks (Chris Rock) and his rookie partner (Max Minghella) taking charge of a grisly investigation into murders that are eerily reminiscent of the city’s gruesome past as featured in Saw. Unwittingly entrapped in a deepening mystery, Zeke finds himself at the center of the killer’s morbid game. Samuel L. Jackson co-stars as their police chief.

Rock has an extensive track record in comedy with his stand up act and shows but he has dabbled in producing too having been behind the US version of ‘Death at a Funeral’ and early on in his career wrote the rap parody ‘CB4’ but this dabble in horror is new.

Darren Lynn Bousman helms the film and he has an extensive horror film background having directed Saw 2 (which he also wrote) as well as Saw 3 & 4. Spiral is written by Josh Stolberg & Pete Goldfinger who wrote the hugely enjoyable Piranha 3D reboot as well as the last Saw film ‘Jigsaw and it looks like Stolberg also has a cameo in the film as a police officer. The Saw films ha annual Hallowen release dates but this spin off is the first not to be presumably because Halloween Kills has secured that slot this year