We’re big fans of British comedian / actor Steve Coogan and have never understood why his career never took off in the way that someone like Sacha Baron Cohen did. His new film ‘IDEAL HOME’ might well change all of that . It co-stars Paul Rudd (Ant Man and the Wasp) as a bickering gay couple faced with the daunting task of raising an estranged grandson. 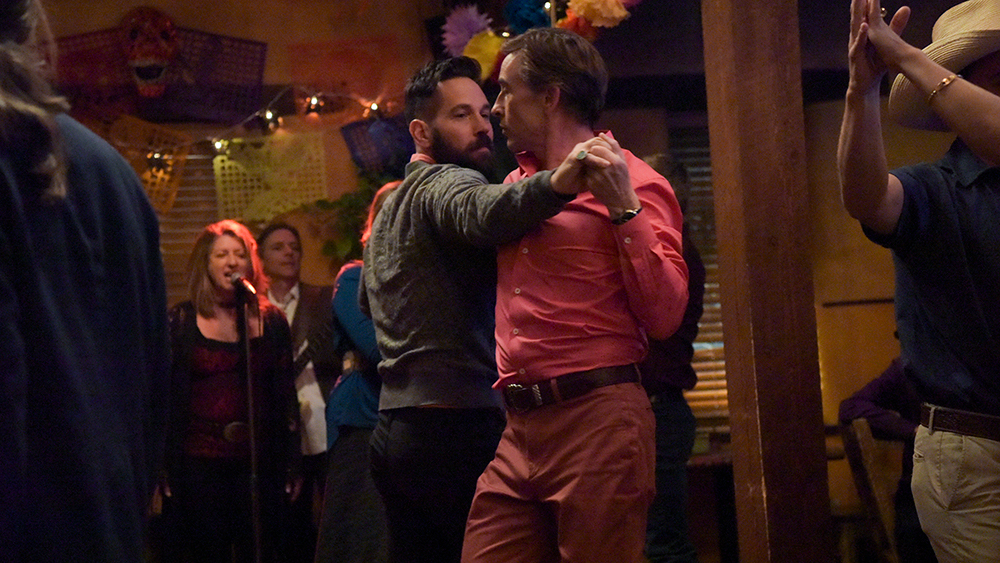 Steve Coogan’s films have included Tropic Thunder, Night at the Museum, The Other Guys plus a load of others but all have been overshadowed by his monstrous comedy creation Alan Partridge who, after decades of TV and internet shows, finally got a big screen film with ‘Alpha Papa’ in 2013. Like many great comic actors Steve Coogan has played some extremely good dramatic roles most notably in ‘Philomena’ which earned him an Oscar nomination for Best Adapted Screenplay.

‘Ideal Home’ sees him return to his comic routes and the trailer hints at all manner of very funny and highly inappropriate jokes. It’s the first of several films he has out this year leading up to what looks like a possible prize winning turn as Stan Laurel in next years, ‘Stan and Ollie’ the biopic about the fading years in the career of Laurel & Hardy.

There’s been a wealth of gay-centric films including ‘120bpm‘, ‘Love, Simon‘ and ‘God’s Own Country‘ but this promises to be out and out comedy although it does seem from the trailer that it may turn into a bit of a worthy message film. If nothing else we just hope that it doesn’t feature Rob Brydon who seems to ride the coat tails of a lot of Steve Coogan’s work.

‘Ideal Home’ is directed by Andrew Fleming who has extensive comedy credentials and has worked with Steve Coogan before on ‘Hamlet 2’ back in 2008 which regrettably never got a UK theatrical release.