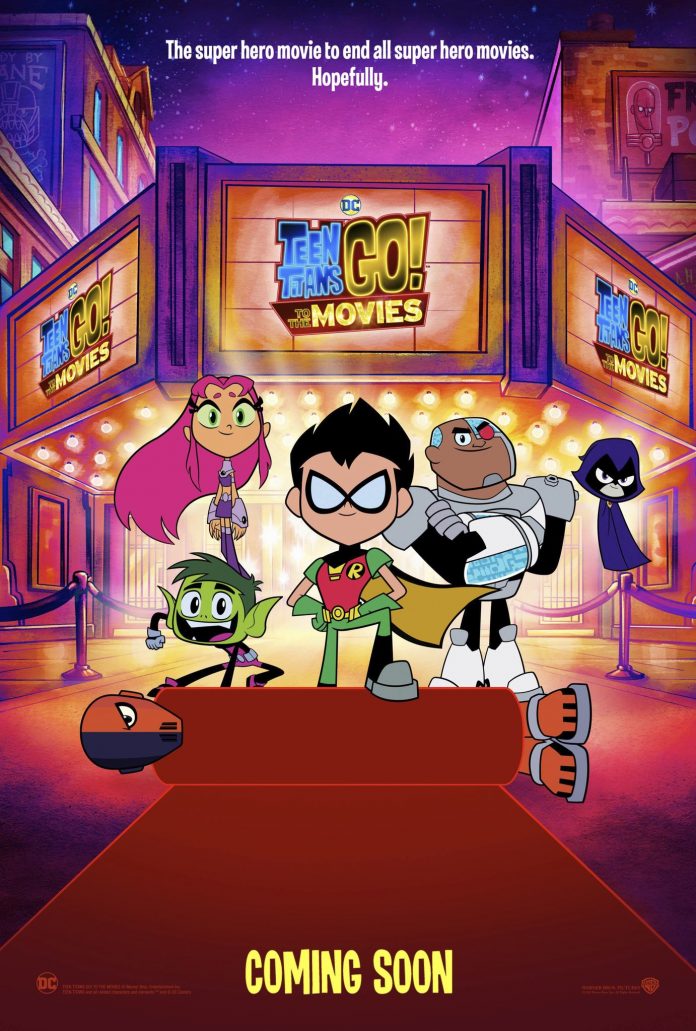 Well let’s be perfectly honest we at AnyGoodFilms know as much about Teen Titans Go! as Amanda Holden does about keeping her marriage vows to Les Dennis so when the trailer for ‘Teen Titans Go! To The Movies’ it was a sense of bewilderment. However having watched the Teen Titans Go trailer we are rather looking forward to seeing it.

Released by Warner Bros. Pictures the “Teen Titans GO trailer features the voice cast of the Cartoon Network series that now gets are returning for a big screen outing and features some pretty big name stars which is the last thing we were expecting from a cartoon that looks a world away from the standard set by Pixar.

In the big screen version the Teens are a bit miffed that all the major superheroes out there are starring in their own movies – everyone that is but the Teen Titans. Batman’s sidekick and Teen Titan leader Robin is determined to remedy the situation and assert his position as a star instead of a trusty and often overlooked sidekick. But to get there what they really need is to attract the attention of the hottest Hollywood film director, see their star quality and get them cast in a big action film.

The regulars from the Cartoon Network series are back including Greg Cipes as Beast Boy, Scott Menville as Robin, Khary Payton as Cyborg, Tara Strong as Raven, and Hynden Walch as Starfire. They’re joined by Will Arnett as Slade Wilson, Kristen Bell as Jade Wilson, James Corden as appropriately enough Balloon Man, Halsey as Wonder Woman, Lil Yachty as Green Lantern, and Nicolas Cage as Superman – a role that he almost played for real as detailed here.

Jaded cynics that we are we thought the trailer would be a bit naff but actually there’s loads of self deprecating humour and sending themselves up which will be appeal to grown ups who will inevitably be dragged by their kids to see this.