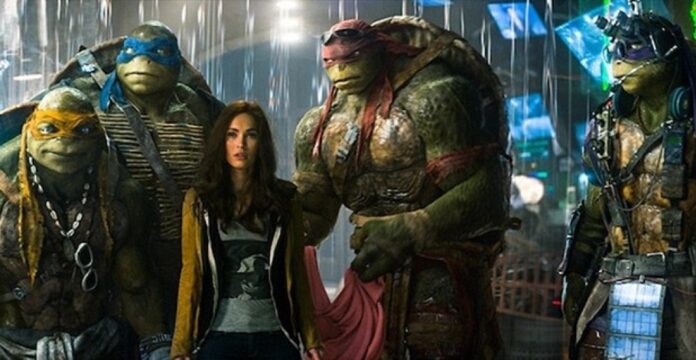 Doing the PR rounds for ‘An American Pickle’ Rogen was asked about his Teenage Mutant Ninja Turtles reboot and how it might be different from what’s come before which appears to focus on their mental age.

“As a lifelong fan of Ninja Turtles, weirdly the ‘Teenage’ part of Teenage Mutant Ninja Turtles was always the part that stuck out to me the most. And as someone who loves teenage movies, and who’s made a lot of teenage movies, and who literally got their start in their entire profession by writing a teenage movie, the idea of kind of honing in on that element was really exciting to us. I mean, not disregarding the rest, but really using that as kind of a jumping off point for the film.”

Directing will be Jeff Rowe, who is behind the upcoming animated feature, ‘Connected’ from a script by Brendan O’Brien (“Bad Neighbors”) and like the previous films this Teenage Mutant Ninja Turtles reboot will be distributed by Paramount Pictures.