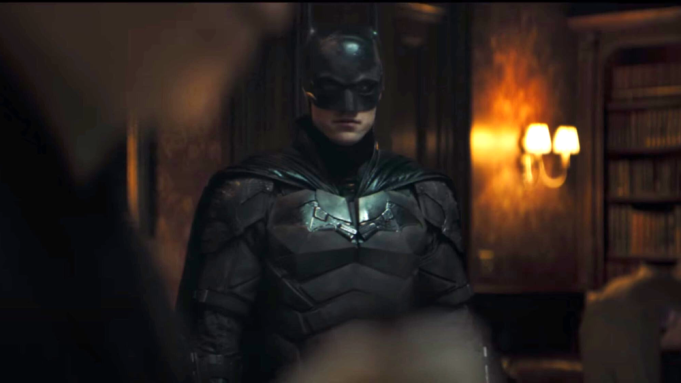 The DC FanDome that’s been running over the weekend has had some great exclusives with one of the most anticipated being The Batman trailer. Production has only just recently resumed on this after the Kung Flu lockdown and release is still over a year away but what they show here is impressive. Directed by Matt Reeves (man behind the Planet of the Apes reboot) and we get our first look at Robert Pattinson as Bruce Wayne/Batman an without Bat suit he’s got a bit of an emo thang going on as he hunts the murderous maniac, The Riddler).

Director Reeves has said that the film is set to explore the Dark Knight’s younger years but isn’t an origin story – specifically calling it ‘Year Two’. with Darwyn Cooke’s “Batman: Ego” as the main influence along with “Chinatown” and “The French Connection” in which case we can’t wait. The film will serve as an origin for many of the character’s rogue’s gallery with all new takes on both them and how Gotham City has been portrayed before. The murder mystery is the central thrust, allowing numerous villains to appear as supporting characters along with having a grounded tone. Reeves also says the upcoming “Gotham PD” limited series for HBO Max will delve into the corruption deeper than a feature film could and will go back to Year One, Batman’s first appearance and how the cops view the change in Gotham.

So here’s the first The Batman trailer…….

Here’s the second The Batman trailer …….

Here’s the third The Batman trailer ( aka the Bat and the Cat trailer)…..