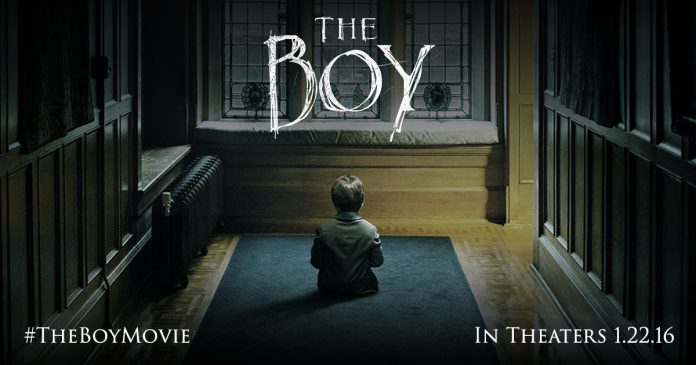 The English are perceived as a pretty odd lot with our longstanding traditions of chasing cheese down hills on a bank holiday, or grown men tying bells to their ankles, waving hankerchiefs and hitting one another with jingling batons or the timeless favourite of sticking their nether regions into the mouth of a dead pigs head (or is that just the Prime Minister) either way it should really have come as no surprise to an American nanny that when she takes a job at a large English mansion she finds her young charge is actual a life size doll named Brahms (‘Pity he didn’t have a brother called, ‘and Liszt!’ – Ed). Now rather than run off at full pelt down the driveway shouting, ‘Get away from me, you mentalists!’ the nanny takes the job but has to stick to a set of strict rules which she ignores and from here on in a load of freaky occurences happen making her believe that the doll is actually alive.

Now this might sound like a load of old tosh but actually if you buy into its basic premise this is an effective little scary movie. Ventriloquist dolls are especially creepy and if you’ve ever seen the 1978 film  ‘Magic’,  a horror film by Richard Attenborough of all people, with Anthony Hopkins driven mad by his doll you’ll love this.

Which 2014 spin off film from The Conjuring featured a vacant eyed, demonic doll with appalling make up?