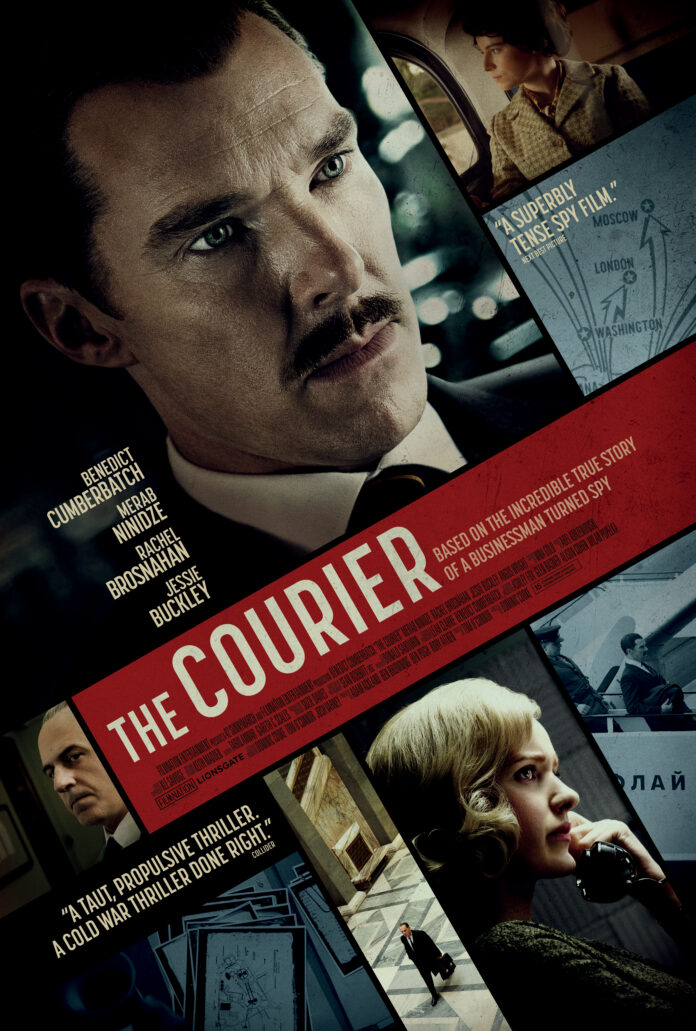 Landing in our inbox is The Courier trailer a true-life spy thriller. Written by Tom O’Connor (not the comedian) who had great success with The Hitman’s Bodyguard a couple of years ago.

The Courier trailer covers the story of an unassuming British businessman Greville Wynne (Benedict Cumberbatch) recruited into one of the greatest international conflicts in history.   At the behest of the UK’s MI6 and a CIA operative (Rachel Brosnahan), he forms a covert, dangerous partnership with Soviet officer Oleg Penkovsky (Merab Ninidze) in an effort to provide crucial intelligence needed to prevent a nuclear confrontation and defuse the Cuban Missile Crisis. 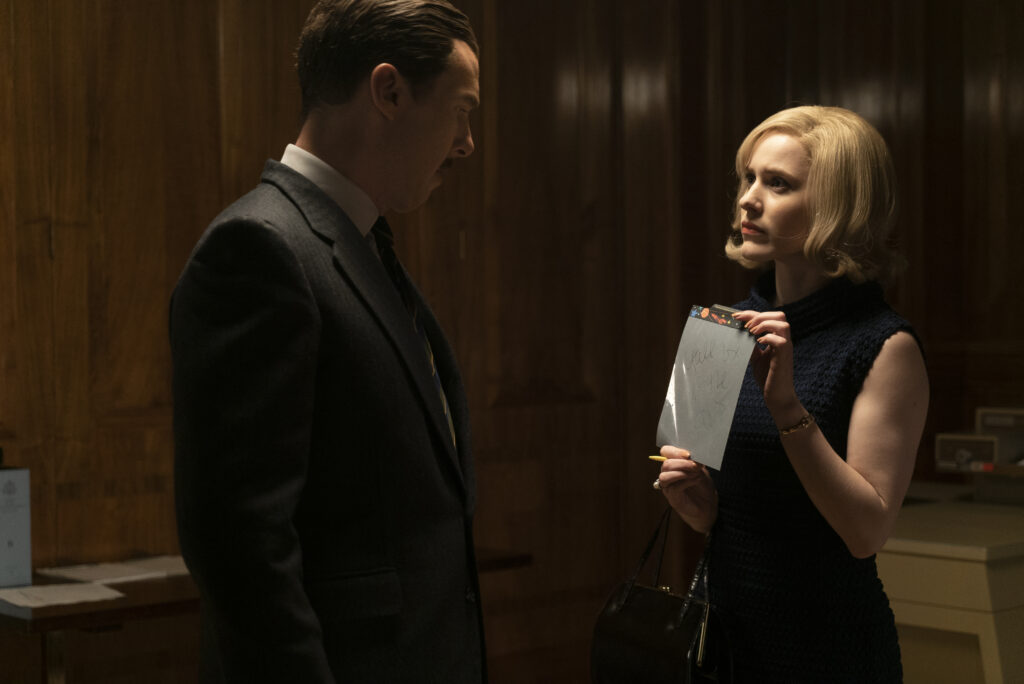 Dominic Cooke directs and is perhaps better known for his theatre work and he has a great pair of leads with Benedict Cumberbatch (see him at the Doctor Strange UK premiere HERE) and Rachel Brosnahan who though not a household name is a great actress and recently took the lead role in I’m Your Woman an under rated but well wroth seeing thriller on Amazon Prime (read our review HERE).

It’s an intriguing story and Wynne was initially recruited due to his frequent travel to Eastern Europe and it was inevitable that he would come to the attention of the KGB. So when the heat was turned up on the pair of them things got extremely uncomfortable if not downright life threatening and Wynne would later write a couple of books that would expose certain facts that perhaps the secret services would have preferred to remain as a secret. That said a number of historians have called into question several of his claims. Either way The Courier trailer does have enough to warrant a view. The film’s release was delayed like so many others by the pandemic but now has a release date of March 19 2021 but this was obviously delated due to lockdown 3 so…..