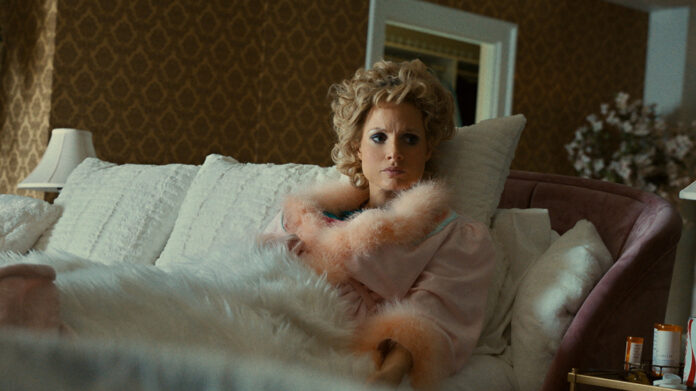 So back last year we ran a bit of news about the true life story of Jim and Tammy Faye Bakkers and their fraudulent TV evangelical business being made into a film ….read about it HERE. Well now landing in our mailbox is our first look at The Eyes of Tammy Faye trailer starring Andrew Garfield and Jessica Chastain both Oscar nominees and frankly looks great fun. 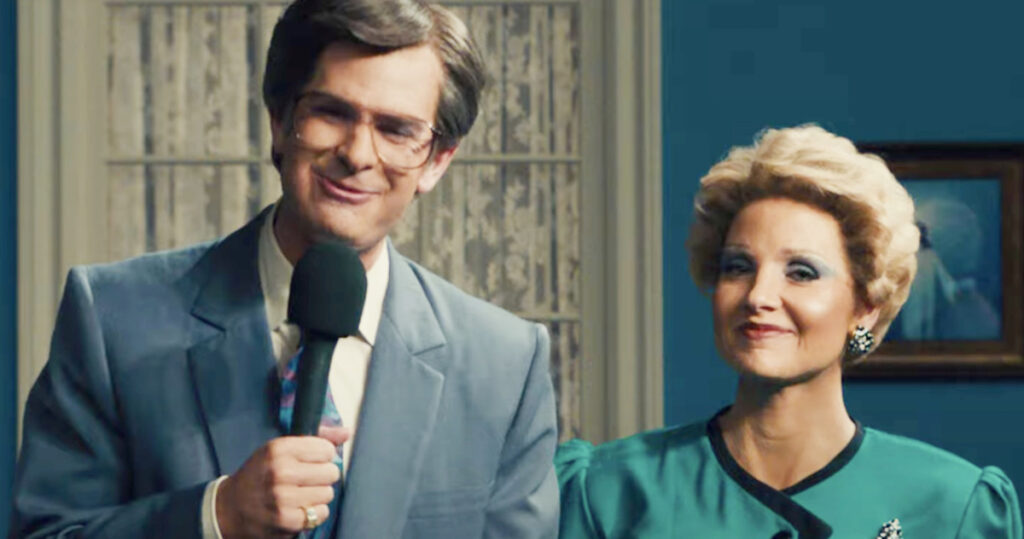 Directing is Michael Showalter, probably best known for the Oscar nominated ‘The Big Sick‘ and here his film about the notorious couples covers their rise, fall and redemption during the 1970s and 1980s. From humble beginnings, they created the world’s largest religious broadcasting network and theme park. The pair were revered for their message of love, acceptance and prosperity…..which would turn out to be their own rather than their huge TV congregation and of course and almost inevitably it all came tumbling down when their many secrets involving financial improprieties and adultery were exposed.

From the The Eyes of Tammy Faye trailer there look s to be some great supporting performance too from the likes of Vincent D’Onofrio, Sam Jaeger, Cherry Jones, Fredric Lehne, Louis Cancelmi, Joe Ando-Hirsh, Randy Havens and Gabriel Olds. Tammy Faye was legendary for her indelible eyelashes, her idiosyncratic singing, and her eagerness to embrace people from all walks of life and Chastain looks the part here and reports are that she does her own singing in the film too. This is the second screen version of the Jim & Tammy Faye Bakker story with the first being made way back in 1990 as a made for TV movie starring Kevin Spacey and Bernadette Peters, titled “Fall From Grace”.
The Eyes of Tammy Faye opens in both the UK and US cinemas on September 17th 2021
Watch The Eyes of Tammy Faye trailer HERE…….