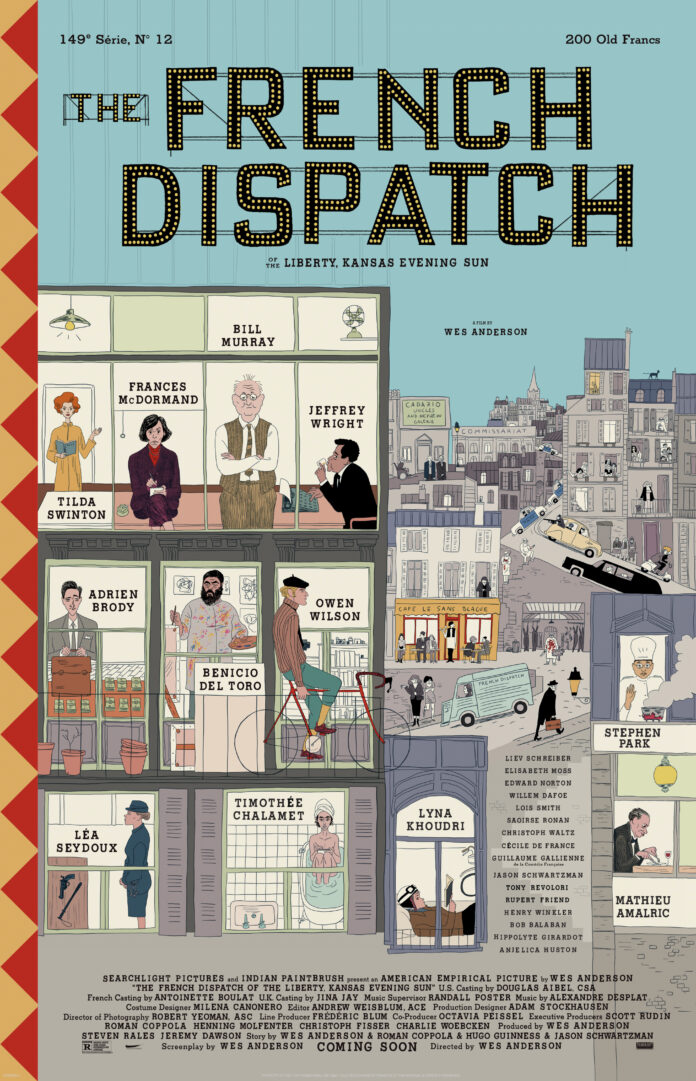 Some find writer – director Wes Anderson’s films something of an acquired taste but he certainly attracts fantastic casts and from what we have seen of the French Despatch trailer this one is no different. here his cast includes BENICIO DEL TORO, ADRIEN BRODY, TILDA SWINTON, LÉA SEYDOUX, FRANCES MCDORMAND, TIMOTHÉE CHALAMET, LYNA KHOUDRI, JEFFREY WRIGHT, MATHIEU AMALRIC, STEPHEN PARK, OWEN WILSON AND OF COURSE BILL MURRAY who is a regular having starred in nine of his films to date and Owen Wilson has been in seven himself.

The film is a love letter to journalists set in an outpost of an American newspaper in a fictional twentieth century French city that brings to life a collection of stories published in “The French Dispatch Magazine”. 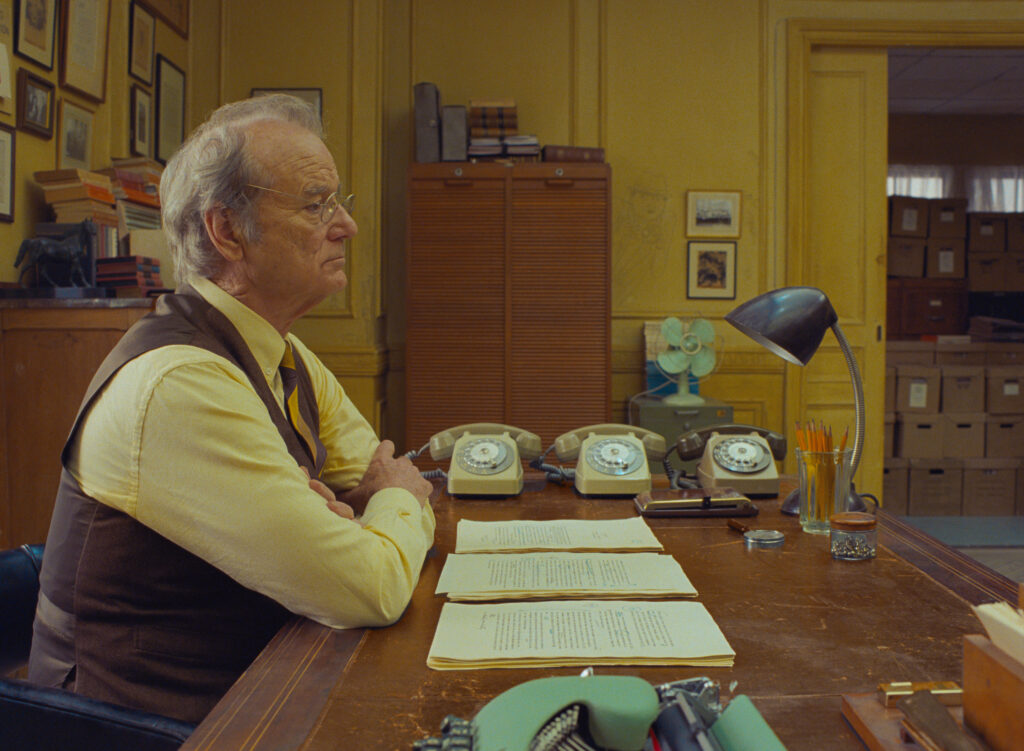 Written as well as directed by Anderson its based on a story by himself and ROMAN COPPOLA, JASON SCHWARTZMAN AND HUGO GUINNESS. A February 2020 New Yorker piece reported that this movie is set in a fictional French town called “Ennui-sur-Blasé”. “Ennui” and “blasé” are both English words (albeit both words that originate from the French) that mean roughly the same thing: a world-weary boredom, apathy, and sophistication. It is fairly common for French place names to contain the word “sur” (“on”) between two other words as a geographic descriptor; for example, the French Riviera village name “Beaulieu-sur-Mer” translates as “beautiful place on the sea”. So if it were a real place name, “Ennui-sur-Blasé” would mean, more or less, “Boredom-on-Apathy”. The film earned a nine minute standing ovation at this years Cannes Film Festival.

Win the thriller, ‘The Boy behind the Door’ on blu-ray…..