So with the first film doing decent business earning a very healthy $176m off a meagre for an action film $30m budget we now have a sequel with the arrival of The Hitman’s Wife’s Bodyguard trailer which again stars Ryan Reynolds, Samuel L Jackson and a potty mouthed Salma Hayek. there’s a great supporting cast too with Morgan Freeman, Frank Grillo and Richard E Grant.

The world’s most lethal odd couple – bodyguard Michael Bryce (Ryan Reynolds) and hitman Darius Kincaid (Samuel L. Jackson) – are back on another life-threatening mission. Still unlicensed and under scrutiny, Bryce is forced into action by Darius’s even more volatile wife, the infamous international con artist Sonia Kincaid (Salma Hayek). As Bryce is driven over the edge by his two most dangerous protectees, the trio get in over their heads in a global plot and soon find that they are all that stand between Europe and a vengeful and powerful madman (Antonio Banderas). Joining in the fun and deadly mayhem is Morgan Freeman as… well, you’ll have to see. 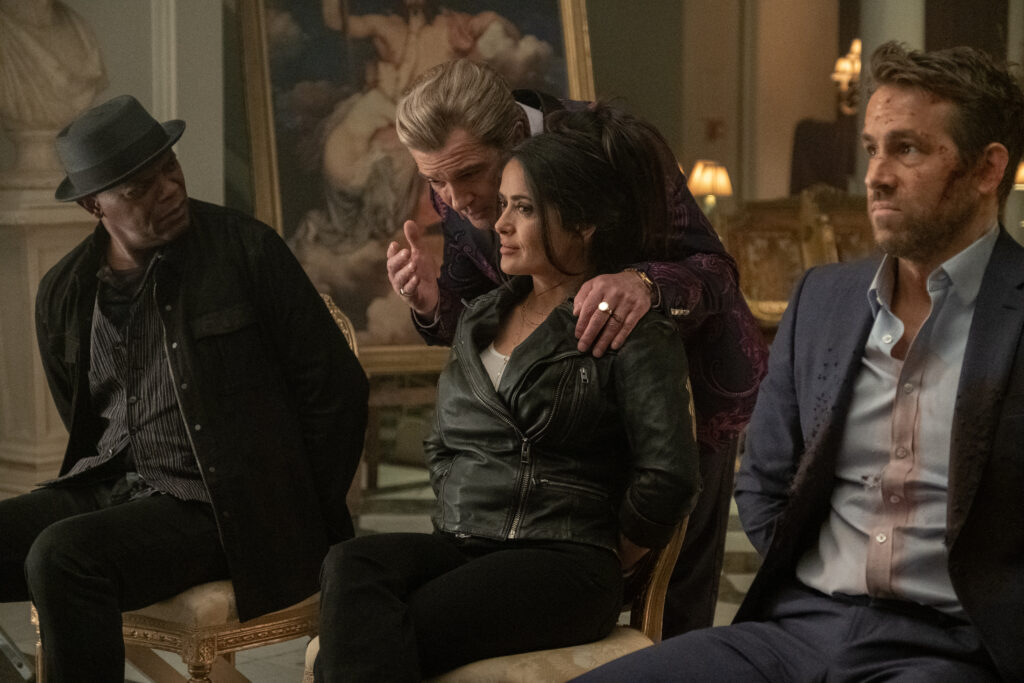 Inevitably the films release was delayed by the worldwide pandemic and looks far better than the interesting but ultimately little bit dull ‘Bliss’ that Hayek last appeared in. Likewise having been deprived of the release of Reynolds actioned Free Guy this will be a welcome return to action comedy. This will be the third time that Antonio Bandera and Salma Hayek have appeared together after Desperado (1995) and its follow up Once Upon a Time in Mexico way back in 2003. Directed by Patrick Hughes who proved adept with action with the original film and the all star madness of The Expendables 3. from the look of The Hitman’s Wife’s Bodyguard trailer this promises to be a much needed laugh after a year of lockdown.