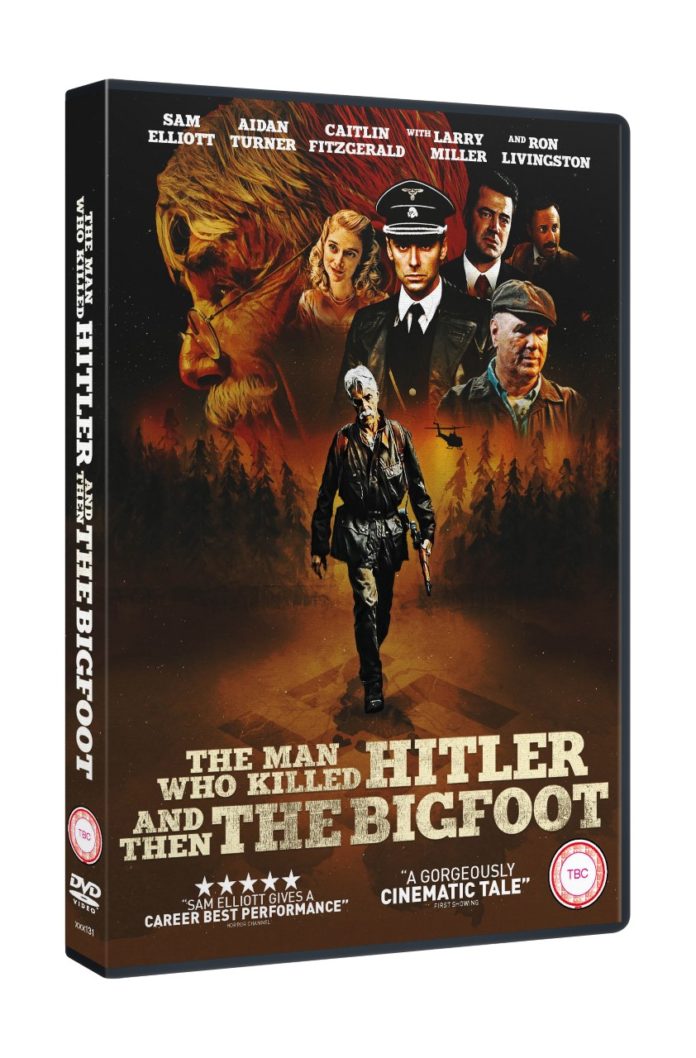 Decades after serving in WWII and assassinating Adolf Hitler, Calvin Barr (Elliott / Turner) is enlisted as the only man for the job: to hunt down the fabled Bigfoot. Living a peaceful life in New England reflecting on his lost love Maxine (Caitlin FitzGerald– Masters of Sex), the war veteran is contacted by the FBI and the Royal Canadian Mounted Police to lead the charge to capture the elusive beast that is carrying a deadly plague.

Can he find the dangerous creature deep inside the Canadian wilderness before it’s too late?

With a whole host of excellent bonus features here’s your chance to win a copy of The Man who Killed Hitler and then the Big Foot.

Here’s the trailer for The Man who Killed Hitler and then the Big Foot…….