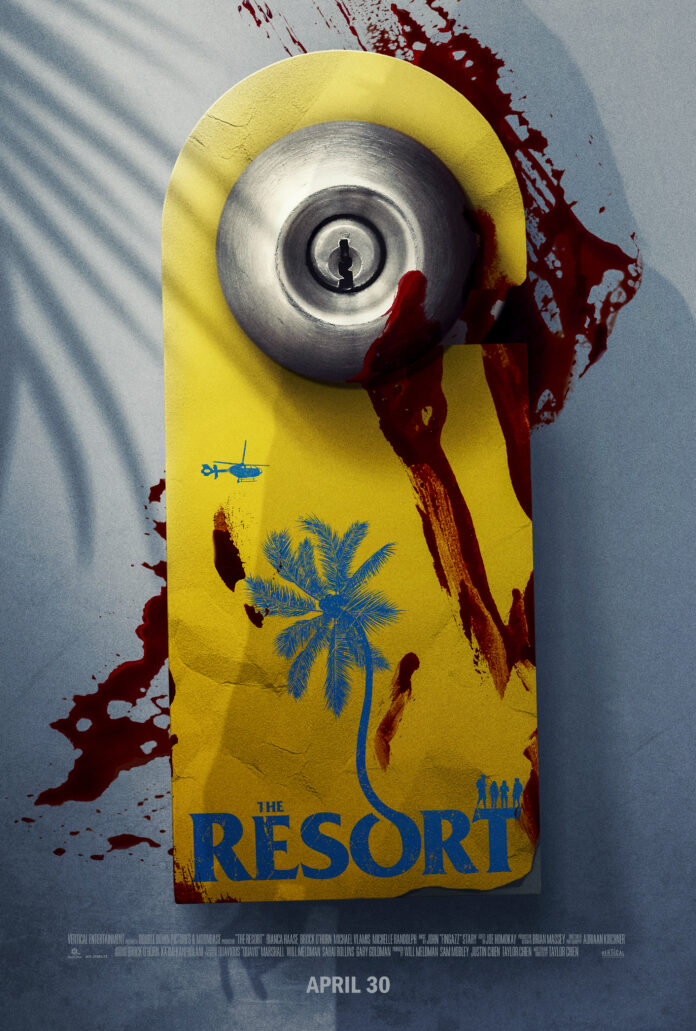 With the lockdown gradually easing we, like many others. are desperate for a holiday yet when The Resort trailer landed in our inbox we’re having second thoughts because the hotel that’s featured here has gone into such disrepair it makes our Editor’s timeshare villa in Syria look like The Ritz. Having watched the trailer we’re wondering what the Trip Advisor review says.

Directed, written, and produced by Taylor Chien, THE RESORT trailer spotlights a new voice in the horror genre, with a cast of rising stars including Bianca Haase (Hot Tub Time Machine 2), Brock O’Hurn (Tyler Perry’s Boo! A Madea Halloween), Michael Vlamis (Roswell, New Mexico), and Michelle Randolph (5 Years Apart). The quartet play four friends who head to Hawaii to investigate reports of a haunting at an abandoned resort in hopes of finding the infamous Half-Faced Girl. When they arrive, they soon learn you should be careful what you wish for.

Tropical surroundings, a haunted hotel complex, and four keen explorers – THE RESORT is an exhilarating and terrifying joyride. Vibrantly shot on location, the film is an eerie dose of escapism. This is director Taylor Chien’s first film as director in ten years having made the thriller ‘Cornered’ way back in 2011 and The resort trailer certainly looks creepy enough with many of the horror staples so it should be fun to see what spin has been put on the genre. Hotel’s have always been great settings for horror with The Shining been the grandaddy of them all and the upcoming The Night treads a similar path.

Take a look at The Resort trailer and let us know what you think. The film will be available to view on Sky Store, Virgin, iTunes, Amazon, Microsoft Store, Google Play, and Chili for digital and download.