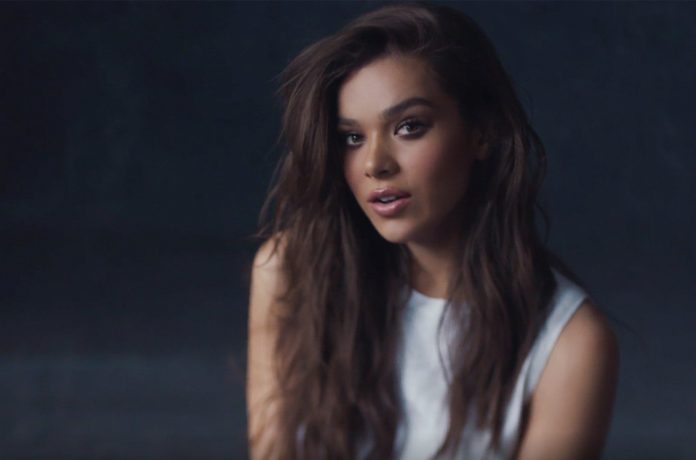 So if you’ve sat through Michael Bay’s 3D Bay-hem of Transformers The Last Knight you’ll probably be aware that there are further films intended with a writers room apparently having put together a load of sequels as well as a spin off film for the Bumblebee character.

The current Transformers film hasn’t performed as well as the previous films in the franchise with it to date only having earned $570m worldwide which is about half what the last film made and thought tis still a lot of money the studio would expect more after spending $217m making the film. Quite what effect it will have on future films in the franchise is unknown at present.

Casting for ‘Bumblebee has begun with WWF star (that’s World Wrestling Federation NOT the World Wildlife Fund) John Cena cast but playing support to Hailee Steinfeld a former child actress who’s starred in films for years including the Coen brothers True Grit remake. As can be seen in the photo she’s grown up quite a bit since then.

Paramount who make the Transformers films have put out the following synopsis for the film……’On the run in the year 1987, Bumblebee finds refuge in a junkyard in a small Californian beach town. Charlie (Hailee Steinfeld), on the cusp of turning 18 and trying to find her place in the world, discovers Bumblebee, battle-scarred and broken. When Charlie revives him, she quickly learns this is no ordinary, yellow VW bug.’

So it looks like its going back to the first Transformers film and putting a gender spin on it.

The spin off is to be directed by Travis Knight whose only previous film was the animated, ‘Kubo and the Two Strings’ which was pretty good so lets hop he can put some of the heart from that film into a franchise known really for its frenetic editing of giant CGI robots battering on another to pieces.

Film is due out Christmas 2018