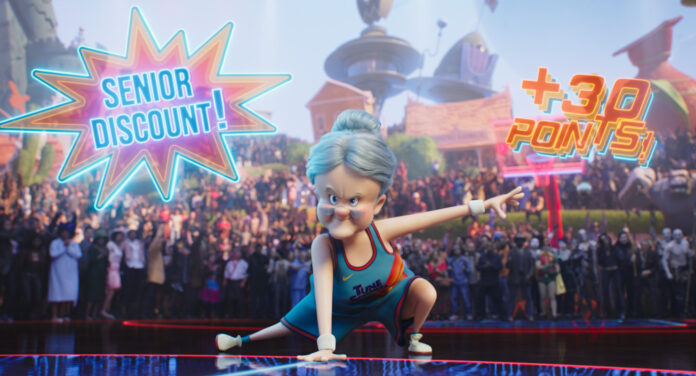 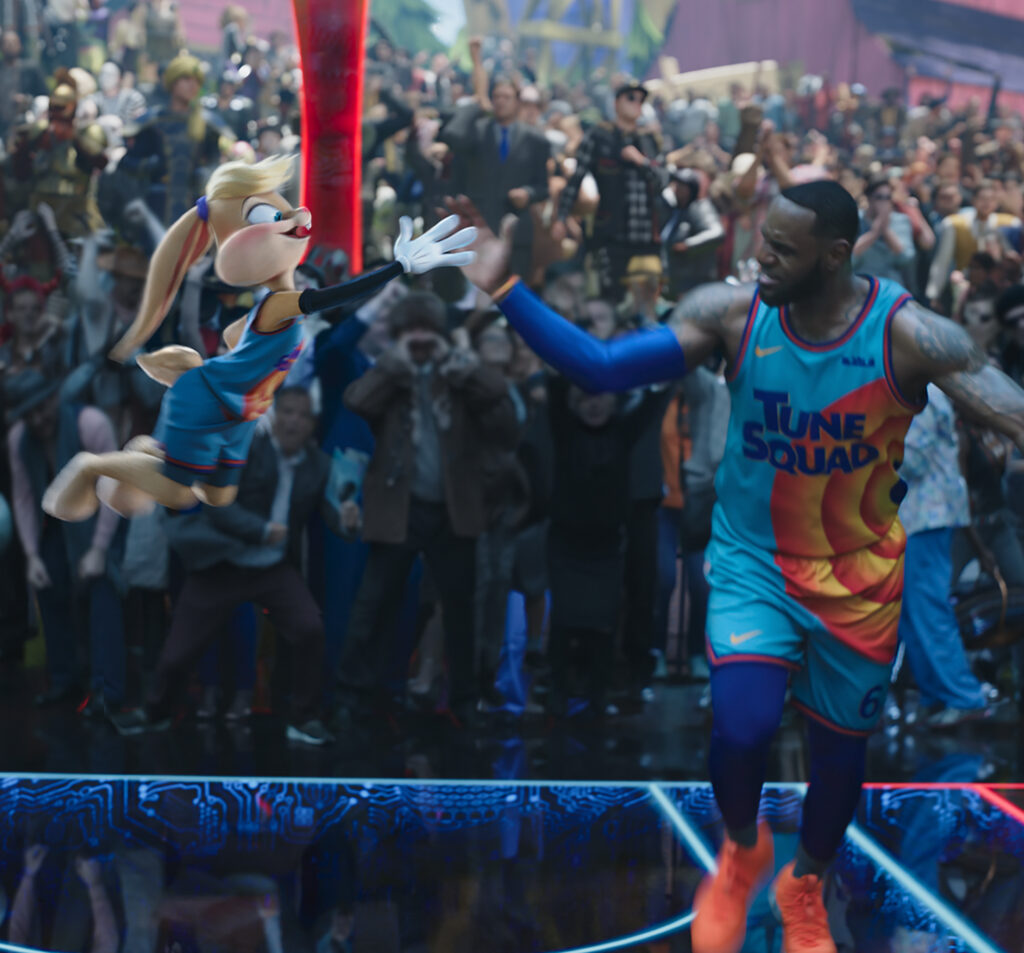 So the long delayed Space Jam 2 sequel is finally out (read our review HERE) starring LeBron James and the Looney tunes. But the the eagle eyed will have spotted the Space Jam 2 cameos from the huge back catalogue of Warners brothers films and though we spotted quite a lot of them we thought we would do a full run down of every one that can be spotted in the films ‘Server – verse’ basket ball game and that’s where they really begin…..

So lets start our Space Jam 2 cameos spot with the classic film cameos and in that regard we have Humphrey Bogart who finds LeBron and Bugs dropping in on him. From other classics is Dorothy and the Wicked Witch from the Wizard of Oz and Pennywise from IT and perhaps most unexpectedly are the droogs from A Clockwork Orange but there’s even Beetlejuice and Robocop and Mr Smith from The Matrix. 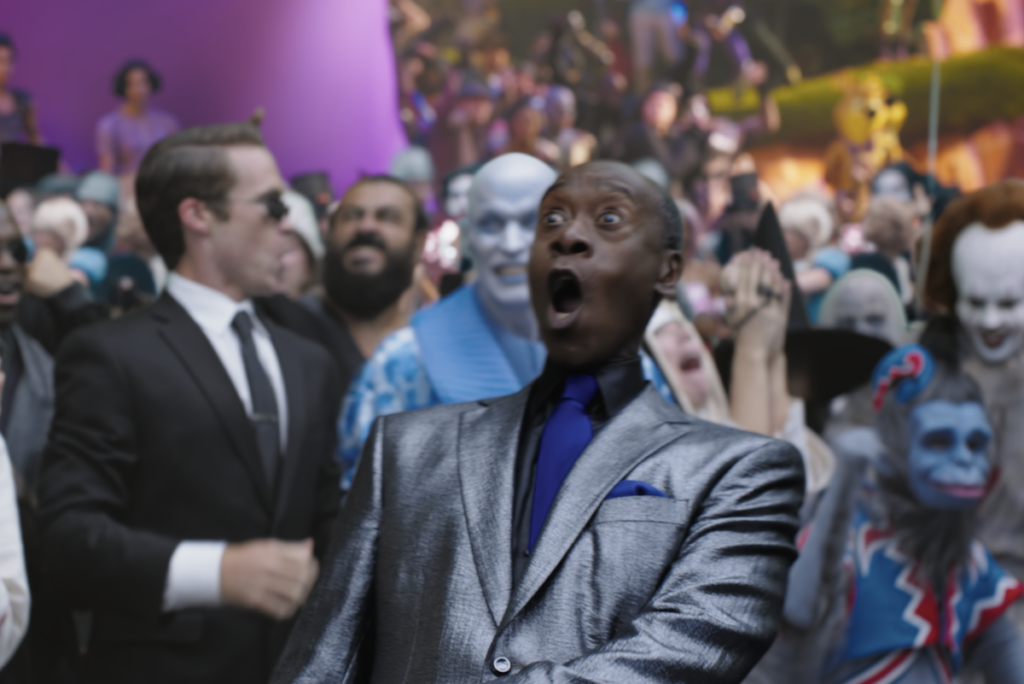 It’s perhaps Hanna Barbera fans who get the most to spot and there’s Dick Dastardly & Muttley and Penelope Pitstop, the Flintstones, Yogi Bear, and Top Cat, added to this us Scooby Doo and The Jetsons also and they’re pretty easy to spot too!

To more recent times there’s appearances from TV shows The Sopranos namely Tony himself and of course Game of Thrones puts in an appearance with Drogon. Then there’s Harry Potter with several Slytherin students and of course the epic Lord of the Rings has several characters appear with Gandalf, Frodo and Gollum obviously. 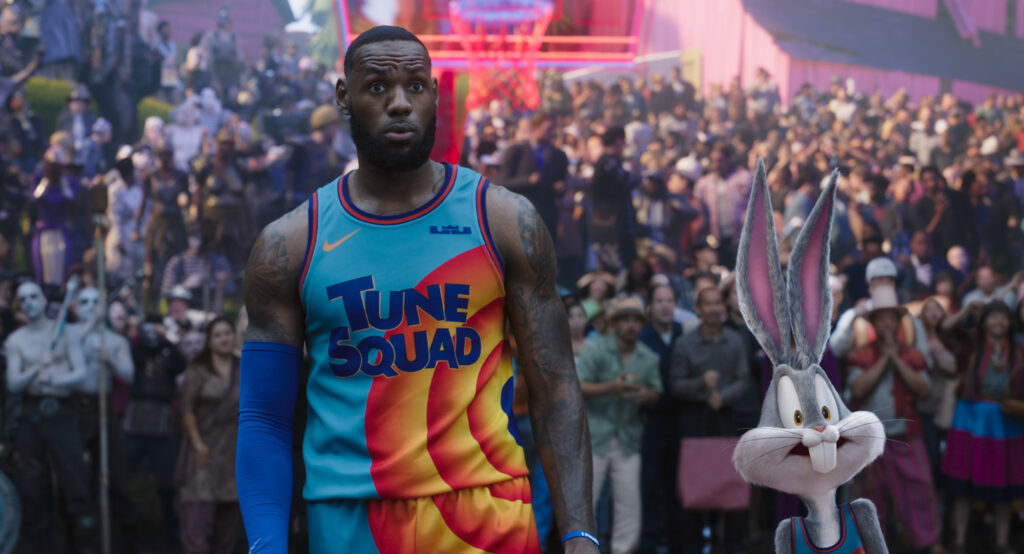 With Warners making DC films then their superheroes are sure to appear and they do with Bugs & Lebron transformed into Batman and Robin respectively and there’s both a 1960’s and 1990’s Joker as well as Catwoman and a Danny DeVito version of Penguin (for Colin Farrell’s version look HERE). There’s also Flash, Aquaman, Harley Quinn, Bane and The Riddler and of course Superman puts in an appearance. Then there’s Lola Bunny who has several scenes with an animated Wonder Woman

…..So much thought there is cameos galore there was much talk about Michael Jordan appearing and he does except here its the actor Michael B Jordan and not the basketball star!!

DID WE MISS ANY SPACE JAM 2 CAMEOS?