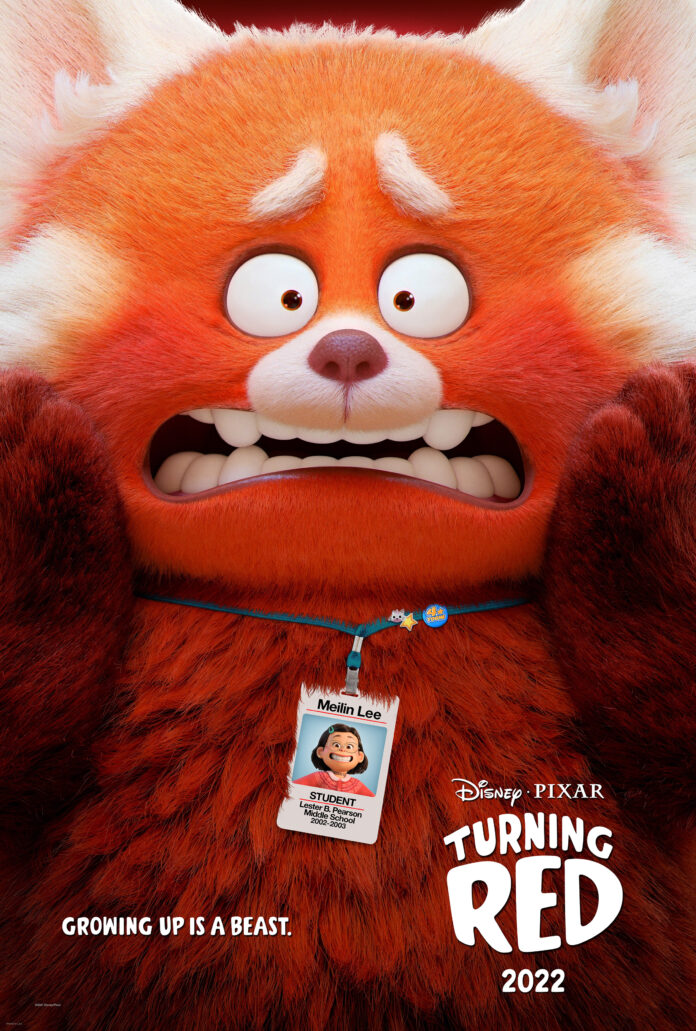 So when the Turning Red trailer turned up in our inbox our first thoughts were of our Editor’s holidays where he strips off to lounge beside the hotel pool looking like a bottle of milk in speedos and turning heads as well as stomachs only to turn lobster red and spend the rest of the holiday on a hospital ward as he recovers from sunstroke (‘You’re fired!’- Ed). Thankfully the Turning Red trailer is a world away from that world of horror.

Instead the Turning Red trailer and poster showcases the upcoming all-new original feature film from Pixar Animation Studios’ by director Domee Shi, who won an Oscar® for her 2018 short film, Bao. Young actress Rosalie Chiang lends her voice to Mei Lee, a 13-year-old who suddenly poofs into a giant red panda when she gets too excited (which is practically ALWAYS). Sandra Oh (Catfight, Killing Eve) voices Mei Lee’s protective, if not slightly overbearing mother, Ming, who is never far from her daughter—an unfortunate reality for the teenager.

This is the second Pixar film to be directed by a woman and the first by a woman of colour and one of the increasing number of films from the studio to feature a female in the lead role after Brave, Inside Out, Finding Dory and the Incredibles 2. Like everyone else we are keen that the pandemic is under control and that we are back to some sort of normality by the time this is released as we love seeing the studios films on the big screen where they belong. From what we see from the trailer this looks to have a guaranteed built in cute factor with its giant panda and  merchandising is sure to heavily feature the character

Max Winslow and the House of Secrets – REVIEW