Landing in our mailbox is the Underwater trailer a title that does what its says on the tin as its set …..well…..underwater. Starring Kristen Stewart the Underwater trailer is a sci-fi thriller that also stars T.J. Miller (who is better known for comedy with films such as Deadpool and Office Christmas Party) and , Vincent Cassel (who is great whatever he is in), John Gallagher Jr., Jessica Henwick, Mamoudou Athie, and Gunner Wright. Directed by William Eubank (please don’t let him be any relation to Chris!) the film has a crew of underwater researchers who must scramble to safety after an earthquake devastates their subterranean laboratory. If that’s not turmoil enough there are warnings that there is something else lurking below and the underwater trailer seems to be pushing this into the monster at large direction and looks a little like version of Alien at sea. 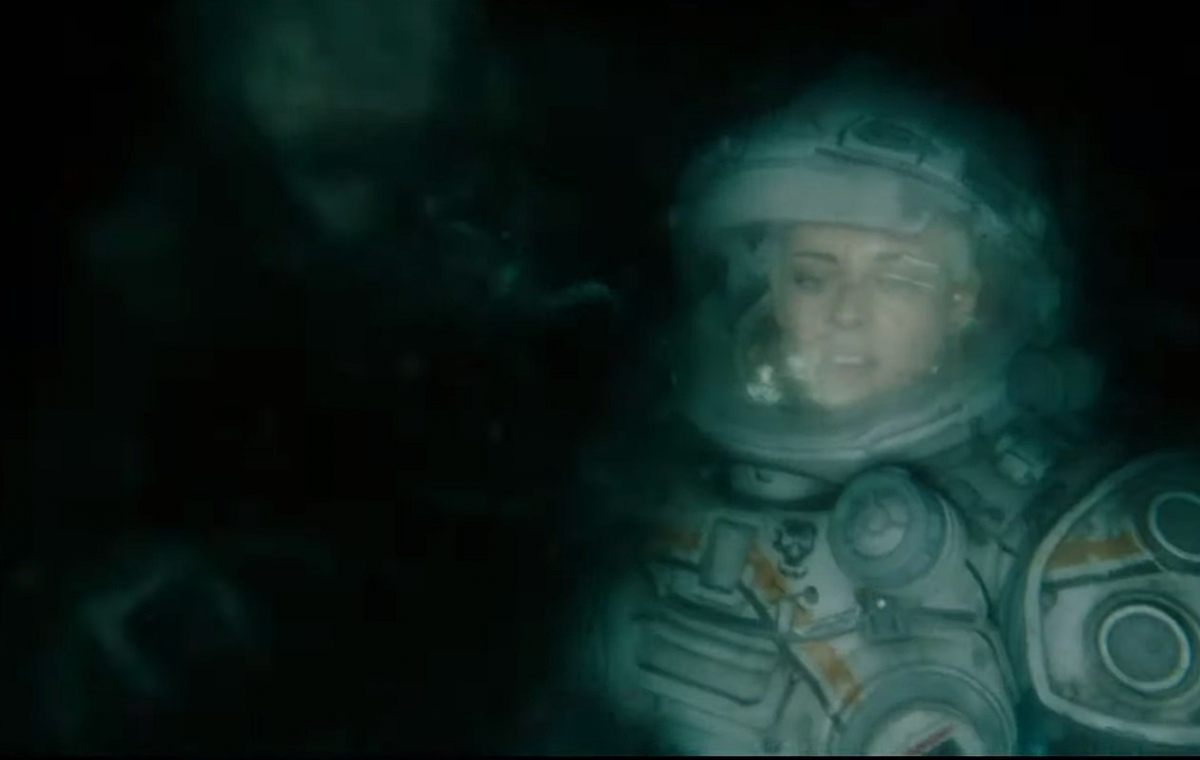 The films is written by Brain Duffield who wrote the Natalie Portman film Jane Got a Gun which was not without its behind the scenes problems. It’s other o-writer is Adam Cozad who wrote the screenplay for The Legend of Tarzan which didn’t relaunch the screen hero unfortunately.

Some time ago Stewart had mentioned that the film was essentially some sort of a survival movie about strangers who form weird relationships in the moment along with being a “really dark, scary meditation on isolation”. The films release has been pushed back to early 2020 due to the purchase of 20th Century Fox by Disney and our understanding is that this was actually filmed a couple of years ago having been shot in New Orleans, Louisiana. For K-Stew its the second action film she will have out after the Charlie’s Angels reboot out in the Autumn.

“Underwater” opens in cinemas in both the USA and UK on January 10th 2020.