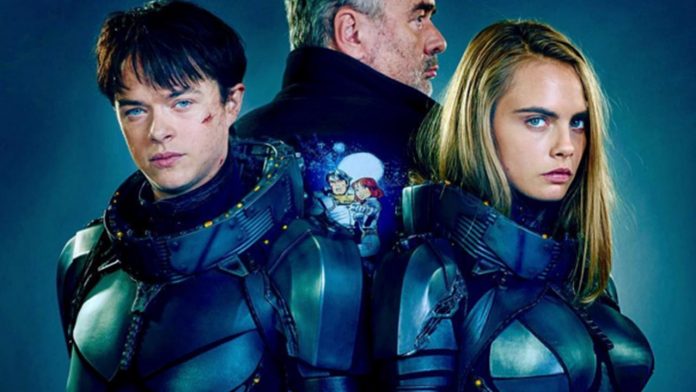 Luc Besson’s out put has been prolific mainly as a writer of the chop socky action films like Taxi, The Transporter, Kiss of the Dragon etc and arguably his last really great film was ‘Leon’. But he’s made a huge sci-fi film which has turned out to be the costliest ever made in Europe at $180m and starring Cara Delavigne and Dana DeHaan. His last big sci fi film was The Fifth Element with Bruce Willis and the last major original sci-fi film (and no we’re not counting The Force Awakens) was Jupiter Ascending which bombed and probably should have been called Uranus Descending.

The trailer makes history as the first time a Beatles master recording has been licensed for a trailer – in this case the song Because (A Cappella Version) from the 1969 album Abbey Road.

So here’s the trailer…….