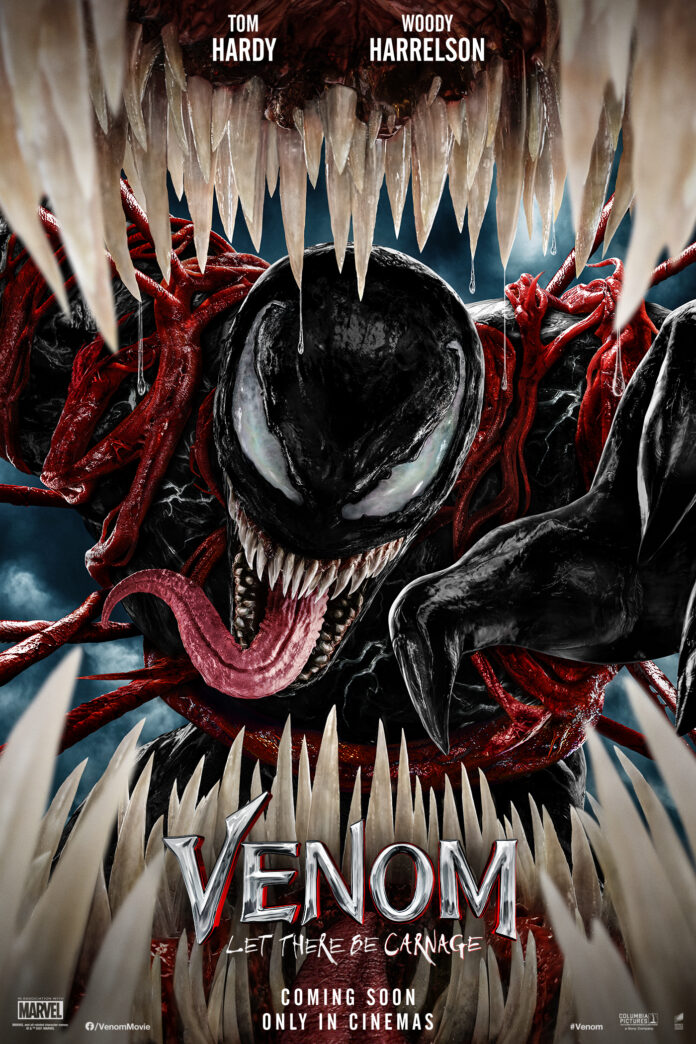 Landing in our inbox is the much anticipated Venom Let the be Carnage trailer or Venom 2 as it almost inevitably will end up being referred to as Venom 2.

Starring Tom Hardy, Michelle Williams, Naomie Harris, Reid Scott, Stephen Graham, and Woody Harrelson the synopsis reveals little more than Tom Hardy returns to the big screen as the lethal protector Venom, one of MARVEL’s greatest and most complex characters. From the Venom Let the be Carnage trailer this looks as though there will be far more laughs in this than the first film with Venom looking as though he has to be continually suppressed from eating people.

The original was directed by Ruben Fleischer but due to his commitments to Zombieland Double Tap Andy Serkis landed the gig who himself is no stranger to playing all CGI characters. Like so many films this was also intended to be released back in 2020 in October but the pandemic put an end to all of that. It is one of the few Marvel films made outside of Disney and Morbius was also to have been out last year but has a delayed release date.

The first film was not without its issues with star Tom Hardy rumoured not to be happy with the final cut. he need not have worried as audiences loved it with the film earning $856m making it one of 2018’s biggest earning films (read our review HERE) Interestingly it looks like Tom Hardy has had  story input into the script by Kelly Marcel a BAFTA nominee for the Disney themed ‘Saving Mr Banks’ and Venom is a far different entity but having written the original Venom as well as Fifty Shades of Grey she is ore than familiar with more adult themed scripts.

……..and HERE’s the reason why Carnage was not the main villain in the first film.

Here’s the Venom Let the be Carnage trailer…..

Here’s the second trailer and this one looks pretty brutal….