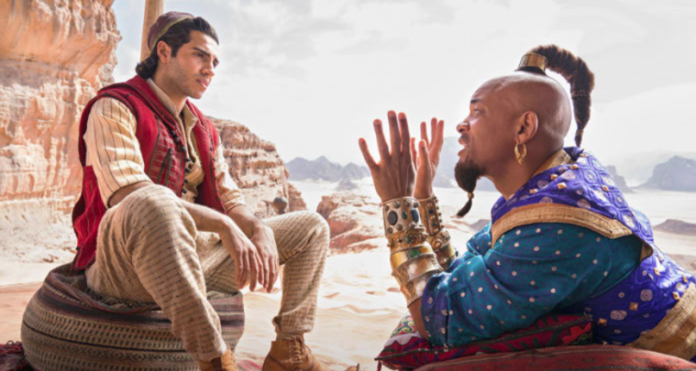 With Disney pumping out live action versions of their classic animated films the first photos have arrived of Will Smith’s genie in Aladdin.  It’s the first official publicity still from Disney’s live-action adaptation of “Aladdin” and is the first look at Will Smith as the Genie – as well as Aladin and Princess Jasmin too. 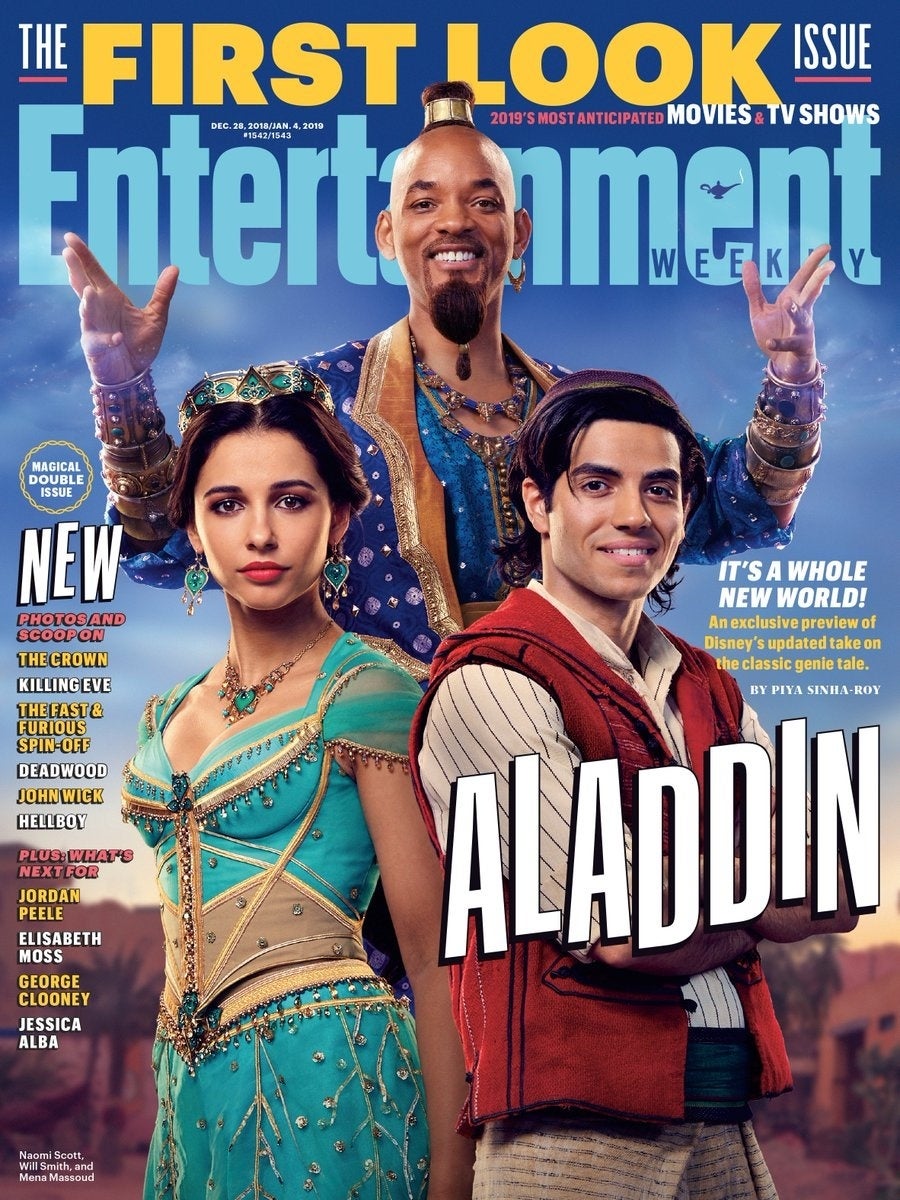 Robin Williams frenetic fast talking genie started the craze for celebrity voiced characters in animated films and admittedly some have been fantastic (could Woody in Toy Story be anyone be Tom Hanks?). Unlike the 1992 animated film Will Smith’s genie is not painted blue. He had been touted to appear in the live action Dumbo too but opted out to give us the Will Smith genie.

What we’re most fascinated by is that Guy Ritchie, more used to cockney wide boy crime thrillers, eye catching camera work and clever editing, is directing. So will his normally flamboyant style be restrained….we will have to wait for the first proper trailer to see both his style and Will Smith’s genie too.

John August, whose previous screenplays include Go, Charlie’s Angels Full Throttle and a few Tim Burton films Frankenweenie, Big Fish & Corpse Bride, has adapted the screenplay for the project with Guy Rithie. It will be a part musical with Alan Menken providing the score that boasts recordings of the original songs, along with two new ones he recorded with “La La Land” songwriters Benj Pasek and Justin Paul.