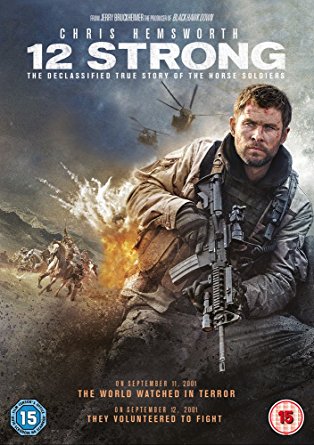 In “12 Strong” a U.S. Special Forces team, led by their new Captain, Mitch Nelson (Chris Hemsworth), is sent into Afghanistan for an extremely dangerous mission. There, in the rugged mountains, they must convince a Northern Alliance General to join forces with them to fight their common adversary: the Taliban and their Al Qaeda allies. In addition to overcoming mutual distrust and a vast cultural divide, the team —accustomed to state-of-the-art warfare—must adopt the rudimentary tactics of the Afghani horse soldiers, combining ancient strategies of cavalry warfare with twenty-first-century aerial bombardment technology to perform a seemingly impossible feat. 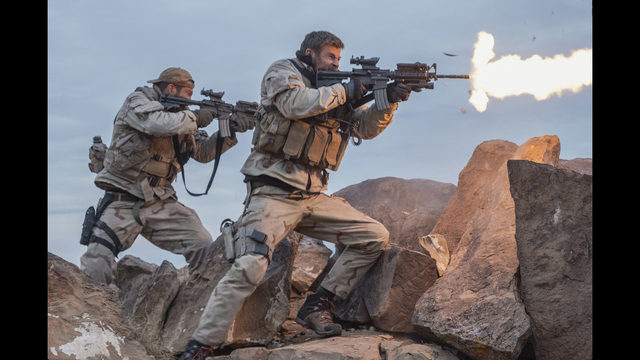 12 Strong is directed by Nicolai Fuglsig and based on the acclaimed “Horse Soldiers” book by best-selling author Doug Stanton.  12 STRONG also stars Michael Shannon (Nocturnal Animals, The Shape of Water)Michael Peña (CHiPs) and Trevante Rhodes. Produced by legendary producer Jerry Bruckheimer (the “Pirates of the Caribbean” films, “Black Hawk Down”), together with Molly Smith, Trent Luckinbill and Thad Luckinbill (“La La Land,” “Sicario”). The screen play is written by Oscar winner Ted Tally (“The Silence of the Lambs”) and Peter Craig (“The Hunger Games: Mockingjay, Parts 1 & 2”).

To win a copy of 12 Strong just answer the following question:

What was the full title of the 2017 Thor film that Chris Hemsworth starred in?