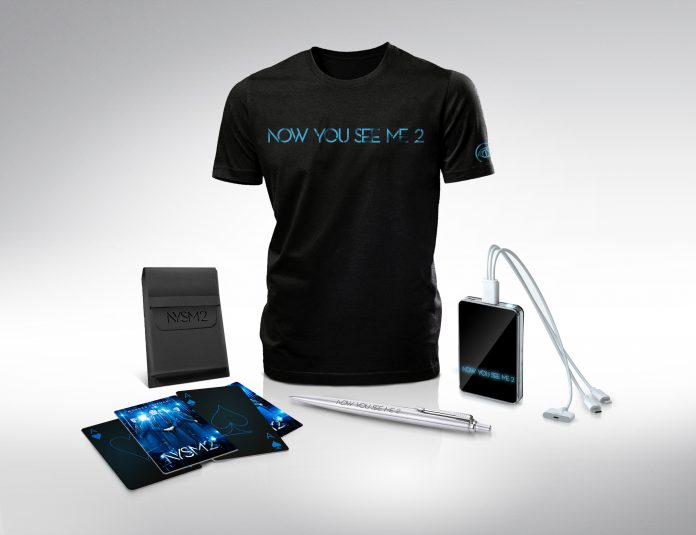 After the success of the hugely entertaining NOW YOU SEE ME we now have an equally entertaining sequel featuring the magicians known as The Four Horsemen who now resurface and are forcibly recruited by a tech savvy genius to pull off their most impossible heist yet. It’s another super slick and stylish film with an all star cast including Michael Caine, Morgan Freeman, Daniel Radcliffe, Jesse Eisenberg, Dave Franco, Mark Ruffalo and Woody Harrelson.  There are some great tricks and double crosses in this with an especially great set piece featuring a playing card in a high security control centre.

To celebrate the release of this superslick and stylish film we’re offering you a chance to win one of three great bundles of prizes as seen in the photo.

To enter all you have to do is answer the following question:

Mark Ruffalo appeared in which film that won this years Oscar for best Film?

c) send your answer with your name and address to: competitions@anygoodfilms.com

Here’s the trailer for the film: